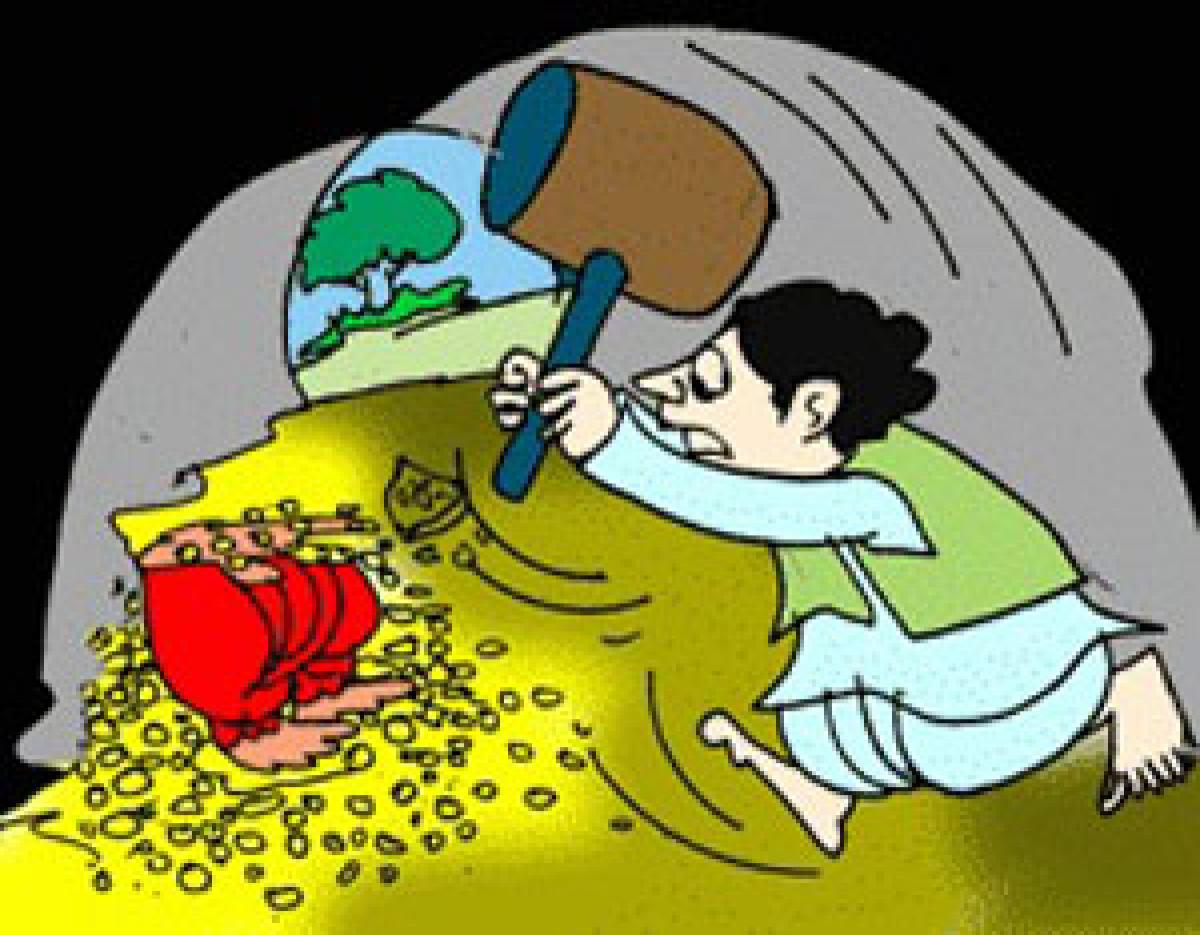 Bablu hated the ritual of prayer and fast that his family had been observing for as long as he could remember. The entire family had to wake at dawn and have a dip in the village pond, even if it was in the middle of the bitterest winter. Bablu hated the ritual of prayer and fast that his family had been observing for as long as he could remember. The entire family had to wake at dawn and have a dip in the village pond, even if it was in the middle of the bitterest winter.

A chilly winter day would find a shivering Bablu trying hard not to think of the million ice-cold needles that would pierce him when he entered the pond to bathe. The very idea of the bath would of course have driven all traces of sleep from his mind. But there was no relief even after that. On his return home, he had to sit and recite shlokas or prayer for an hour without fail. And this, under the eagle eyes of his grandfather!

It was hard to concentrate on shlokas when all Bablu could think of was food. But he never dared to get up before the tortuous recital was over. So strict was his grandfather that one wrong word meant that he had to start all over again.

Then there were the fasts that the entire family undertook on every other occasion. A wedding to be solemnised? – Undertake a fast. Somebody died? – keep another fast. Facing an exam? – don’t even dream of food for a day.

While Bablu’s village was full of devout souls like his family, most of them spared their children until they were grown up. But not so much like Bablu’s family, which was easily more devout than the rest.

As befits a village steeped in so much religiosity, the villagers had several resident gods to worship. One god was special to Bablu’s family – a wooden image of Lord Jagannath that stood in a little cave near their house. The wooden idol was broken but Bablu’s family had adopted it as their patron god. All because Bablu’s grandfather had discovered the idol as an young man.

Whenever a family member decided to do something special they undertook a fast in the name of Jagannath and then sought his blessings.

It didn’t do much to change the fortunes of the family though. While other villagers, who prayed but at the same time used logic now and then, flourished, Bablu’s family only prayed and remained poor. “So what?” said grandfather, “Jagannath will help us out.”

At his death, grandfather’s last line was “so what? Jagannath will help us out.”

After his death the family wept and prayed some more to Jagannath to reaffirm his status as their family deity. But things still didn’t change.

Years passed. Bablu grew up and fell in love with the village beauty, Madhula. He wanted to marry her so much that he fasted non-stop for three days. He had heard that Gandhiji had done that for one whole week once. After three days he couldn’t bear it anymore and ate his first bite. He found out promptly afterwards that Madhula had got engaged to the merchant’s son. He thought it was an omen and promised never to break a fast again.

Then one day a great flood hit Orissa. There was great devastation all round with experts calling it one of the worst natural disasters to hit India in a long time. The flood couldn’t reach Bablu’s village, which was in the interiors. But his parents had gone to attend the wedding of a cousin in a village near the coast. They didn’t stand a chance against the flood. Nobody else in that village did either.

The village was wholly submerged in water and every soul in it died. It took a week for authorities to inform Bablu that his parents were really dead. He had spent all of the week in prayer and fast because he was sure his parents, most god-fearing of all, would be spared by Lord Jagannath.

But that didn’t happen. And suddenly Bablu could take it no more. In the greatest rage he went to the wooden god, and with one blow swept it down from its pedestal. The idol broke in two, and what did Bablu see? A shower of coins, both gold and silver, falling at his feet.

But what use of the money now when Bablu had lost his dear parents forever? Bablu stopped praying needlessly from that day onwards.

He had realised that it was useless to pray blindly to a wooden god without doing anything actually to help oneself.