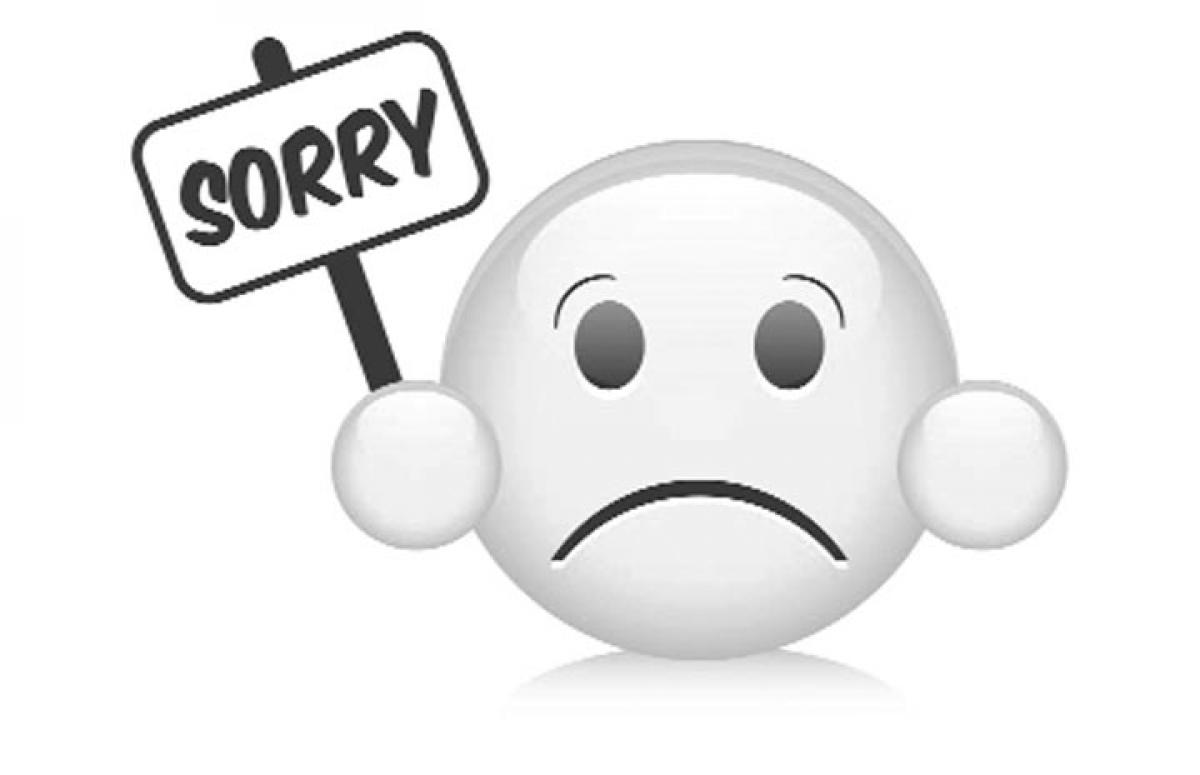 Want to say sorry to a friend but don-'t know how to? There are six components to an apology and the more of them you include, the more effective your ...

Washington: Want to say sorry to a friend but don't know how to? There are six components to an apology and the more of them you include, the more effective your apology will be, scientists say. If you are pressed for time or space, there are two elements that are the most critical to having your apology accepted, researchers said.

"Apologies really do work, but you should make sure you hit as many of the six key components as possible," said Roy Lewicki from Ohio State University in the US. In two separate experiments, researchers tested how 755 people reacted to apologise containing anywhere from one to all six of these elements expression of regret, explanation of what went wrong, acknowledgement of responsibility, declaration of repentance, offer of repair and request for forgiveness.

While the best apologies contained all six elements, not all of these components are equal, the study found. "Our findings showed that the most important component is an acknowledgement of responsibility. Say it is your fault, that you made a mistake," said Lewicki. The second most important element was an offer of repair. "One concern about apologies is that talk is cheap.

But by saying, 'I will fix what is wrong,' you are committing to take action to undo the damage," he said. The next three elements were essentially tied for third in effectiveness - expression of regret, explanation of what went wrong and declaration of repentance. "The least effective element of an apology is a request for forgiveness. That is the one you can leave out if you have to," said Lewicki.

The first study involved 333 adults recruited online. All the participants read a scenario in which they were the manager of an accounting department that was hiring a new employee. At a previous job, the potential employee had filed an incorrect tax return that understated a client's capital gains income. When confronted about the issue, the job candidate apologised.

The participants were told that the apology contained one, three or all six of the apology components. They were then asked to rate on a scale of 1 (not at all) to 5 (very) how effective, credible and adequate the apology statement would be. The second study included 422 undergraduate students.

"Clearly, things like eye contact and appropriate expression of sincerity are important when you give a face-to-face apology," said Lewicki. The findings were published in the journal Negotiation and Conflict Management Research.