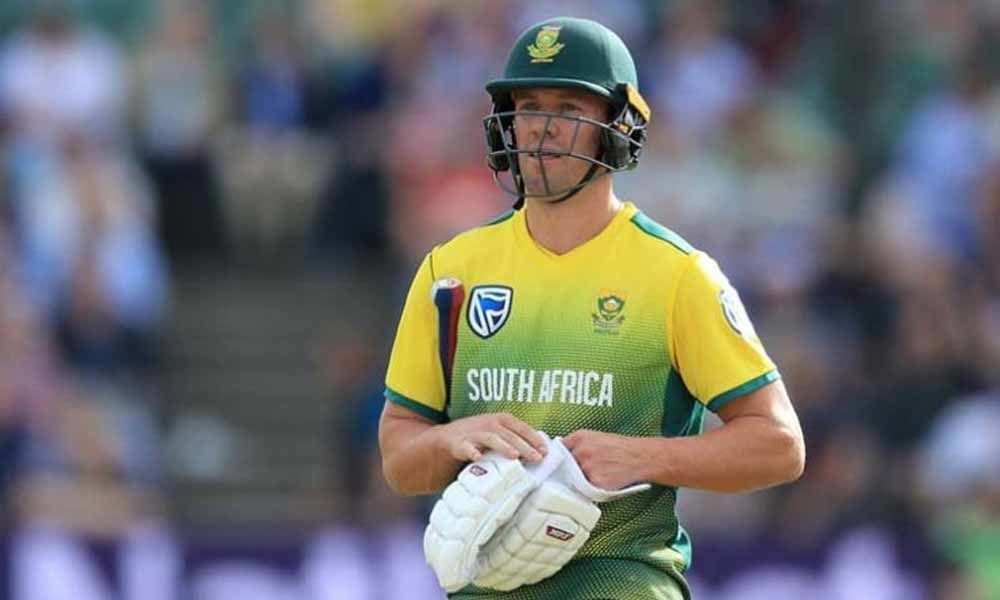 A B de Villiers wanted to come out of retirement for the World Cup but Cricket South Africa (CSA) refused to accept the offer as the batting great had ignored pleas to not retire last year.

Johannesburg: A B de Villiers wanted to come out of retirement for the World Cup but Cricket South Africa (CSA) refused to accept the offer as the batting great had ignored pleas to not retire last year. According to 'ESPNCricinfo', de Villiers made the offer to come back in May, barely 24 hours before the final squad for the ongoing showpiece in the UK was to be announced by CSA. The revelation came amid a disastrous start to South Africa's World Cup campaign, which has seen them lose three matches including one to Bangladesh.

While Wednesday's six-wicket defeat to India turned the situation from bad to worse, the loss of pace great Dale Steyn to a shoulder injury has also considerably weakened the team. CSA selection panel convenor Linda Zondi confirmed that de Villiers did make the offer and that skipper Faf du Plessis and coach Ottis Gibson were quite keen to have him back as well. However, de Villiers' omission was based on principles, Zondi said. "I pleaded with AB de Villiers not to retire in 2018. Although there was a perception that he was picking and choosing when to play - which was not true - I did give him the option to plan and monitor his season to get him to the World Cup fresh and in a good space," Zondi said in the CSA release.

"He turned down the offer and said he was at peace with his decision to retire," he recalled. "For Faf du Plessis and Ottis Gibson to share AB's desire to be included in the squad on the day we announced our World Cup squad on April 18th was a shock to all of us. AB left a big vacuum when he retired, we had a year to find players at franchise level to fill the gap," he added. Amid the revelations, de Villiers expressed his support for the beleaguered team. "All that's important is that we should all focus on supporting the team at the World Cup. There is a long way to go and I believe the boys can still go all the way," de Villiers wrote on his twitter handle.

The three straight defeats have left South Africa with an improbable task of winning all six of their remaining preliminary fixtures, just to keep their prospects of reaching the semi-finals alive. Zondi said that de Villiers dropped no hints of wanting to come back in the year gone by.. "We had players who put in the hard work, who put up their hands and deserved to be given the opportunity to go to the World Cup. "At no point in the year that he had retired did he make himself available for selection. It was no option when I received the news on the day of the squad announcement, our squad was finalised and confirmed," he said.

The 35-year-old swashbuckler is considered a modern-day great for his innovative shots and more importantly, his ability to decimate rival attacks, making him a game-changer. "AB is undoubtedly one of the best players in the world, but above all else, we have to stay true to our morals and principles, there is no regret in the decision," Zondi said. Retirement in 2018, exactly a year before the World Cup, meant de Villiers could not fulfil the selection criteria, which included playing domestic or international cricket in the intervening months.

The report stated that it was recalling the dashing batsman at the last moment would have been unfair on the players who have been performing in his absence, such as Rassie van der Dussen. Dussen made three fifties in his first four ODI innings after making his debut against Pakistan in January. Before the cricket community trained its eyes on the World Cup, de Villiers turned out for his IPL franchise, Royal Challengers Bangalore.