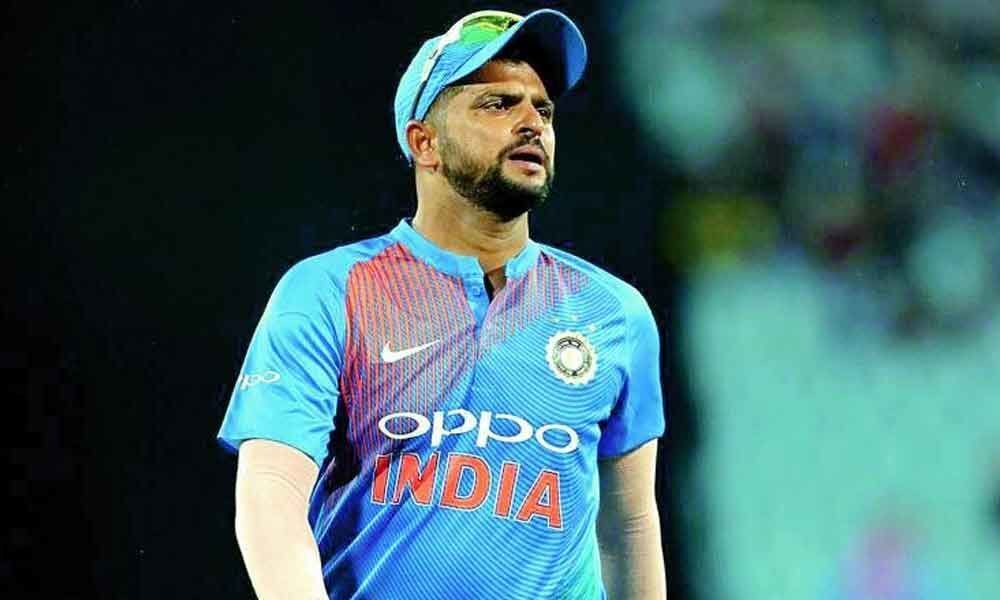 Southampton: India batsman Suresh Raina is confident that if India managed to get a good start in the ICC Men's Cricket World Cup, then there is no chance that Pakistan can beat them and consequently, they will maintain their World Cup record against their traditional rivals.

"But in case we lose some the matches then I can say that there will be pressure on India for the Pakistan match... but if we win the first three matches then I do not think our World Cup record is going to break.. and Pakistan cannot beat us..," he added.

It is the 'good squad' that is bringing confidence in Raina as he feels that they are performing well in all the departments. Raina said that no team will be able to obstruct India from reaching into the semi-finals if they managed to register a victory in their first three matches.

"We have a good squad for this World Cup with quality players and they are really doing good in all the departments especially in batting and bowling. In this World Cup, we will have to play nine matches and a good start is very important," he said.

"England have started their campaign they have won against South Africa and if India can win the first three matches then I do not think any team can stop India from playing in the semi-finals," Raina added.

"Virat Kohli is the key player of this World Cup and apart from him Mahi bhai (MS Dhoni), I think his role will be crucial for this world cup he has done a lot for Indian cricket and he is the most experienced player of the squad," he said.

Raina feels that only England and South Africa have the potential of hindering them from lifting this edition's World Cup but if they managed to overpower them, then there is no other team who can stop them from winning the title.

"I think if we beat teams like South Africa and England then I do not think any team can stop us to win the world cup,"

The 32-year old also feels that Jofra Archer's inclusion has further strengthened the England side. Archer displayed a scintillating performance in the opening match of the World as he took three wickets and conceded just 27 runs in his seven over.

In the opening match of the World Cup, England vanquished South Africa by 104 runs. Also, Raina called West Indies, who thrashed Pakistan by seven wickets on Friday, side a 'surprise package' of the tournament.

"In my view, England is a very strong team and especially Archer's association with the team is a big thing and they are doing well in each department they are looking very good on paper and as well as in the ground so I think all matches will be tough," he said.

"I can see England and India are going to play the final.. but West Indies will be the surprise package of this tournament because they have attacking players who can change the game on their day," Raina added.

India will open their World Cup campaign against South Africa on June 5.