Pogba is happy here and he's going to do his utmost to stay at United: Solskjaer 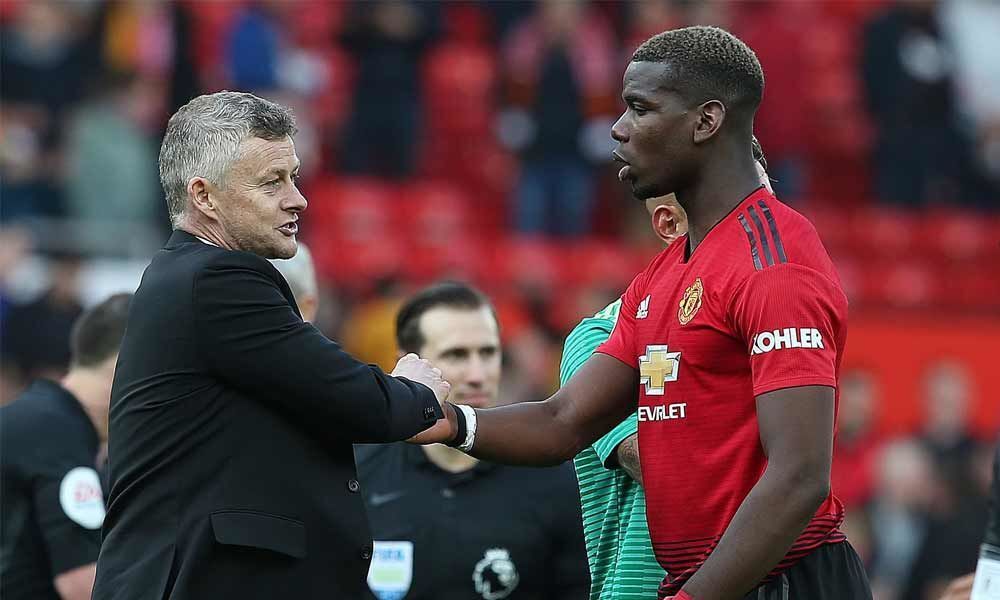 Ole Gunnar Solskjaer says he has been assured by star midfielder Paul Pogba that the Frenchman does not want to leave Manchester United despite mounting speculation over a switch to Real Madrid.

Manchester: Ole Gunnar Solskjaer says he has been assured by star midfielder Paul Pogba that the Frenchman does not want to leave Manchester United despite mounting speculation over a switch to Real Madrid.

Fuel was then poured on the fire ahead of Madrid's game at the weekend when the Real boss admitted that Pogba would be welcome at the Bernabeu if and when he decides to call time on his United career.

Zidane is expected to have a big transfer budget this summer to shake things up. Real crashed out of the Champions League to Ajax at the last-16 stage and trail Barcelona by 12 points in La Liga.

Solskjaer was only appointed permanent manager at Old Trafford last week but the future of United's most high-profile player is once again in the spotlight.

Madrid have a track record of taking some of United's star names, with both David Beckham and Cristiano Ronaldo swapping Old Trafford for the Bernabeu, but Solskjaer said he is not worried by the Pogba situation.

"It doesn't really concern me because my thought of action was to sit down and speak to Paul," he said on Monday.

"I have had my chat with Paul and we're fine. He is going to do his utmost here because he knows I am very fond of him as a player and as a person. He is important for us here, so there are no issues. He is happy here."

Solskjaer's immediate priority is United's trip to Wolves on Tuesday for their rearranged Premier League game.

They have a big chance to put pressure on their rivals for a top-four spot by picking up a win at Molineux but know it will not be easy after Wolves knocked them out of the FA Cup last month.

Saturday's 2-1 win at home to Watford moved United level on points with Tottenham and they would go third, at least temporarily, with another victory.

United languished 11 points off the top-four spots when Solskjaer replaced Jose Mourinho in December and the Norwegian is delighted that his team are now in control of their own destiny.

He has set a target of five wins from their remaining seven games and does not feel his players are going to ease up, despite a sub-par performance against Watford.

"I don't think I need to remind the players about their standards dropping," he said.

"They know themselves. They want to be in the Champions League and they want to perform as well as they possibly can.

"Maybe they didn't believe in it themselves in November or December but we are in with a chance.

"Everyone knows that if we do our jobs and get 15 points over the last seven games, we will be in the Champions League next year.

"It's the final stretch, so it's not a time to change. We need the same mindset as we have had. It's a question of going into games thinking that we are going to win.

"Against Watford we did not get going until 15 or 20 minutes into the match but I am not worried because we have so many nice games to look forward to between now and the end of the season."