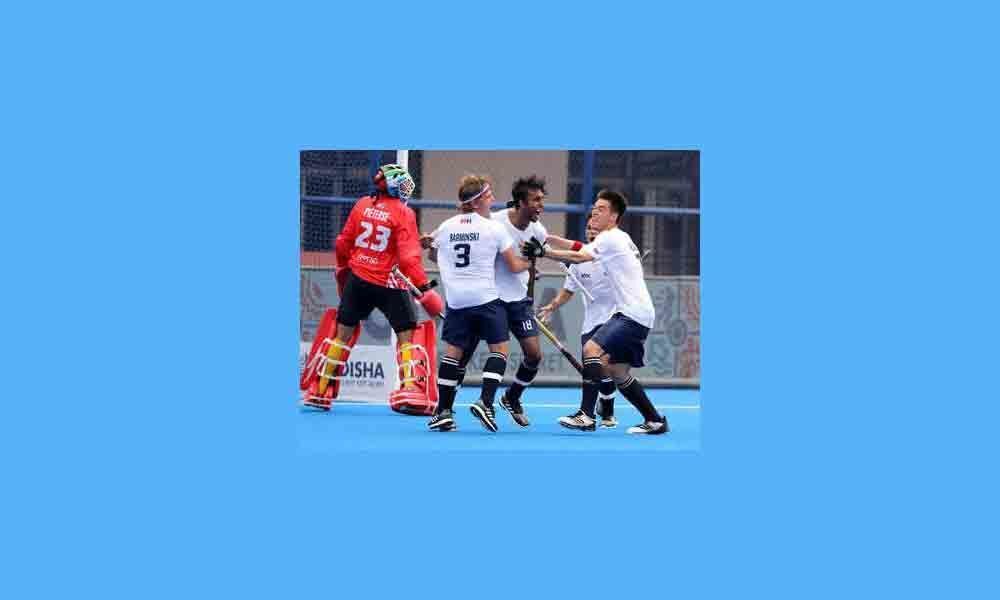 After barren first three quarters, world no. 25 USA scored both their goals in the final 15 minutes to surprise the 16th ranked South Africans in a Pool B encounter at the Kalinga Stadium. Christian de Angelis converted a penalty corner for the Americans in the 47th minute to break the deadlock before Paul Singh scored a field goal just three minutes from the final hooter to mark a positive start to their campaign here.

It was a major surprise as the Americans hardly have any experience of playing against top hockey playing nations in world level competitions as compared to their South African counterparts. South Africa had the better share of match statistics but the Americans got the all-important goals that count. By virtue of this win, USA now enjoy 1-1 head-to-head record against South Africa. USA will take on Mexico in their next match on Saturday, while South Africa will be up against Asian Games gold medallist Japan.