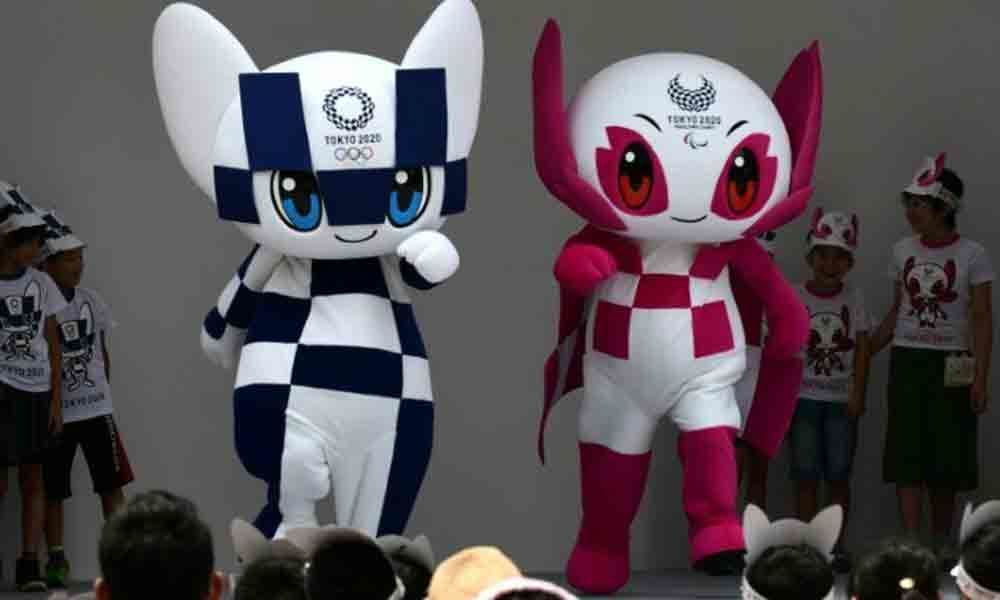 The Paralympics chief has said the 2020 Games are "on track," but raised alarm bells over a dearth of accessible hotel rooms in Tokyo with only one year to go.

Tokyo (AFP): The Paralympics chief has said the 2020 Games are "on track," but raised alarm bells over a dearth of accessible hotel rooms in Tokyo with only one year to go.

"I couldn't be happier with the preparations so far. With one year to go, we're totally on schedule, on track," Andrew Parsons told AFP in an interview to mark 12 months until the start of the games on August 25, 2020. However, he admitted that his "biggest concern" was still the poor selection of hotel rooms equipped for the thousands of disabled supporters, journalists and coaches poised to descend on Tokyo for the 13-day competition. Athletes and some support staff will be housed in the Olympic village where there will be enough wheelchair-friendly rooms.

But outside the village, currently only half of the fully accessible rooms needed for the Games are available and Paralympic officials do not want hotels to be too widely dispersed around the vast Japanese capital for fear of creating a knock-on transport headache. Japanese legislation previously required hotels with 50 or more rooms to have just one wheelchair-friendly option and although this has recently been slightly improved to ensure one percent of rooms are accessible, the change will not come into effect until after the Games. Parsons said the lack of accessible hotel rooms highlighted a social stigma sometimes faced by disabled people in Japan.

"Most probably it is perceived in Japan that people with disabilities don't travel for leisure, for business, so why have accessible hotel rooms?" said the 42-year-old Brazilian. The change in legislation will be a positive legacy from the Games and Parsons hoped the competition would also promote a change in attitude. "What the Games will hopefully show is that persons with disabilities can travel, they can do anything that anyone else can if you offer them the conditions," he said. He cautioned that the hotel problem "may affect the Games and it may affect the Games experience of some of our clients" but said organisers and the Tokyo Metropolitan Government were working on a solution. "They understand they have an issue. They understand this is a problem for us, for the Games, so we are working on it together."

Parsons said he hoped the later start date for the Paralympics would reduce some of the problems feared from heat and humidity during the Olympics but noted that there were specific issues faced in disability sport. For example, many quadriplegic athletes are unable to sweat, meaning they need to take additional measures to cool their body, he said. Like the Olympics, organisers have brought forward the start time for the marathon to beat the blistering sun but this also brings its own challenges for Paralympians.

"Wheelchair users need more time to prepare, so it probably means they will have to wake up at 2am but the wellbeing of athletes is the number-one priority for us," stressed the IPC boss. Tokyo mayor Yuriko Koike has repeatedly insisted that Tokyo 2020 will only be a success if the Paralympic Games goes off without a hitch and the ageing Japanese capital is hoping to seize on the opportunity to improve infrastructure for the elderly. But Parsons emphasised the need to change attitudes towards disabled people in Japan, which he said was "over-protective." He noted that despite an accessible transport system, "you don't see persons with disabilities moving around because there is a cultural barrier. There is an expectation that they should stay at home," said Parsons. But opinions are already changing in Japan, he added, pointed to the recent election of two disabled people to the Upper House of parliament.

He predicted that an improved performance by the home team, which failed to win a single gold at the 2016 Rio Paralympics, plus a broad marketing campaign in Tokyo will see packed-out stadiums. More than anything, he hopes to target children -- the "decision-makers of the future" -- so they understand that "people with disabilities are citizens, they are part of society like anyone else." "If a blind runner can run 100m in 10 or 11 seconds, they can do anything they want."