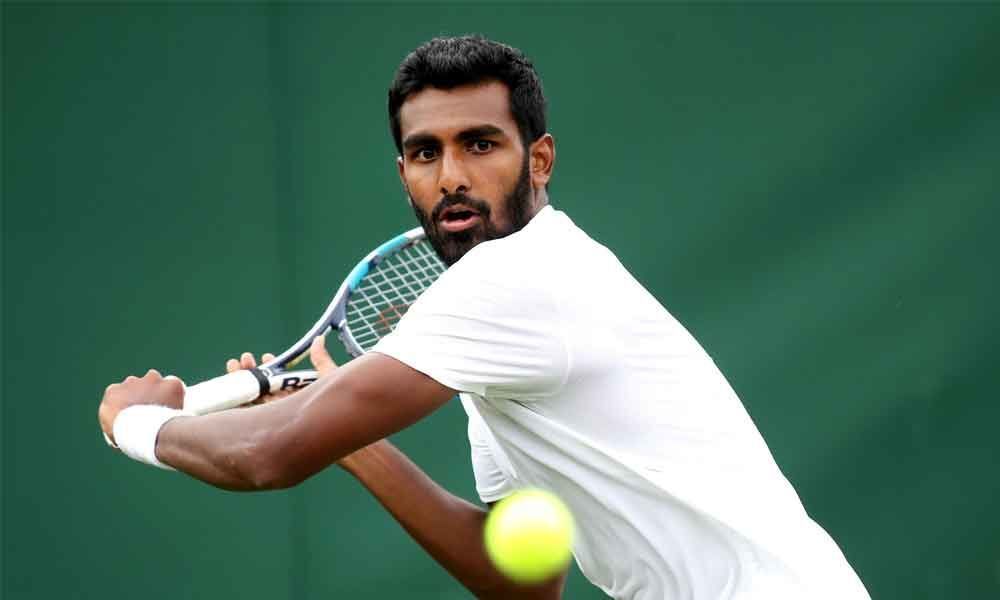 The left-handed Indian, ranked 90, could convert just one of the six break chances to eventually suffer a 6-4 3-6 2-6 defeat against the American.

The 20-points earned will help Prajnesh gain two places on the raking ladder. He also pocketed USD 12,825 as prize money.

Meanwhile, Divij Sharan and Jonathan Erlich knocked out fourth seeded pair of Ben McLachlan and John-Patrick Smith 7-5 6-1 to progress to the quarterfinals of the ATP 250 tournament.

At the ATP 500 Citi Open in Washington, both Leander Paes and Rohan Bopanna lost their matches with their respective partners. The wild card pair of Paes and Jack Sock lost 5-7 2-6 to Australian team of Alex de Minaur and John Peers.

Before that Bopanna and his partner Benoit Paire fell in the second round of the four-team Qualifiers. They lost 6-2 3-6 7-10 to Matthew Ebden and Nicholas Monroe.