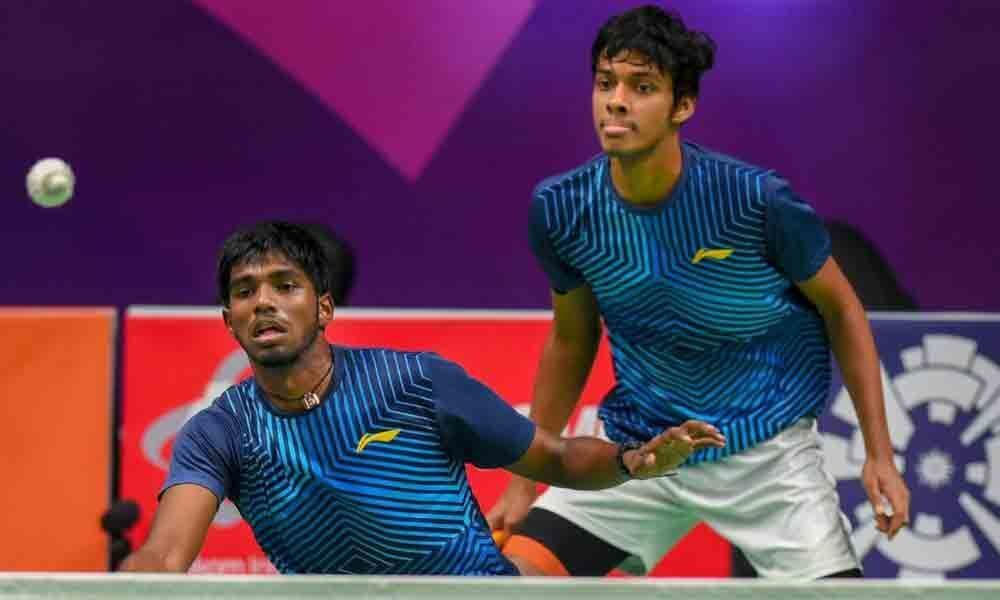 The maturity to handle pressure situations was the recipe for their success at the Thailand Open after a brief downward spiral post last year’s Commonwealth Games success, emerging star shuttler Chirag Shetty said on Tuesday.

Chirag and his partner Satwiksairaj Rankireddy last week defeated Li Jun Hui and Liu Yu Chen of China to win their first ever BWF Super 500 event. However the Mumbai lad remembers how the duo lost track having taken unnecessary pressure on themselves after winning silver at the Gold Coast Games last year.

"The pressure of expectations was there after the Commonwealth Games, we lost in three tournaments in the first round. It was unnecessary pressure that we took upon ourselves," Chirag told PTI during an interview.

"This time, we managed the pressure really well in the final, even though we were playing a Super Series summit clash for the first time. We could have given into pressure and lost the third game easily, having lost the second. But we handled it pretty well, and that's how we were able to comeback.

"I think, we have matured as players and now the way we handle pressure is lot better than what we used to handle a year back," he emphasised.

"This year, we have been playing pretty well. Now, we are pretty much confident and hopefully we will be able to carry the momentum in the World Championships," said the 22-year-old, who trains at the suburban Goregaon Sports Club under former India doubles specialist Uday Pawar.

Asked what this title triumph means, the youngster replied: "At an individual level, I feel that it augurs well for Indian men's doubles because for the past so many years, we haven't won anything at this level as far as this category is concerned. So, hopefully things change for better in doubles department for India," the lanky shuttler said.

For him, this victory surpasses the silver medal won at the Gold Coast Commonwealth Games. "For us, it is our best victory so far. I would rate it above Commonwealth (Games) silver medal. The competition pool in this tournament was far more challenging compared to CWG. Also considering that it is an Olympic year and all the top players were in fray."

While Satwiksairaj told reporters in Hyderabad that it's yet to sink in, Chirag finds it a bit more believable. "Kind of, now it is little believable. We played our hearts out and won that title in Thailand. Now, we need to get ourselves up and start preparing for the next target, that is the World Championship."