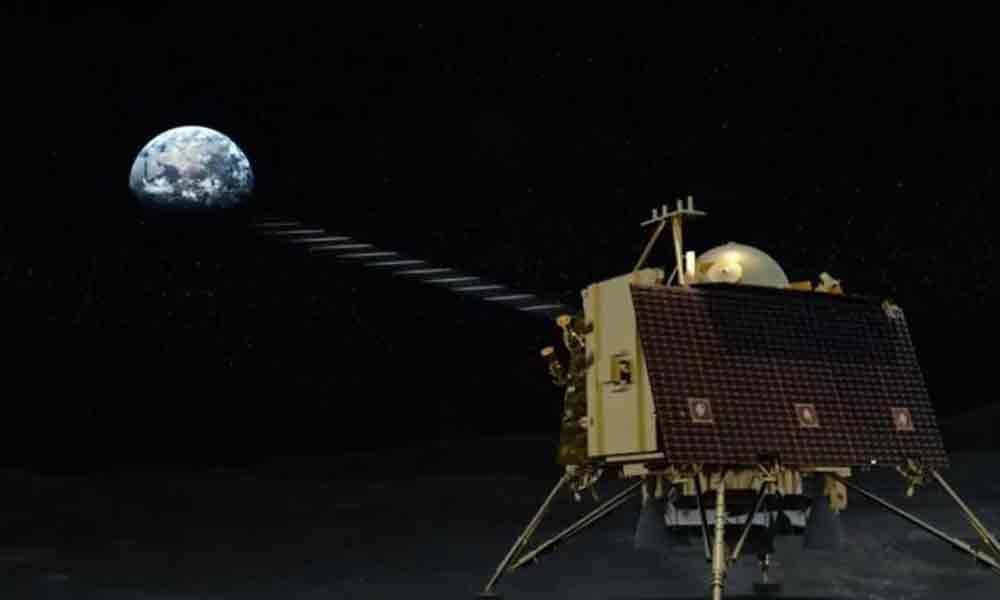 Indian Space Research Organisation (ISRO) plans to take another giant leap in the aerospace sector. In a few days, we can witness the most awaited historical moment, launch of Chandrayaan 2. ISRO Chairman Kailasavadivoo Sivan told talking about the launch that it would contain three components, Orbiter, Lander (Vikram), and Rover (Pragyan). Sivan told reporters, the total composite module will weigh 3.8 tonnes.

The much-awaited launch of Chandrayaan 2 will take place at 0251 hours on July 15 from Satish Dhawan Space Center in Sriharikota. It will be launched on-board GSLV Mk-III.

Chandrayaan-2 will be injected into an Earth parking 170 x40400 km orbit. Later, Chandrayaan-2 will be put on the Lunar Transfer Trajectory. The lander-Vikram is expected to land softly on September 6, 2019, on the lunar surface. After the landing, the Rover will roll out. Afterwards, it will carry out experiments for 1 Lunar day on the Lunar surface. A single lunar day is equal to 14 Earth days. Though, Orbiter will continue its mission for one year.

How to watch the launch of Chandrayaan 2:

Chandrayaan 2 launch will a very important and one of the most significant events for India and ISRO scientists.

You can watch the live telecast of Chandrayaan 2 launch on Doordarshan (DD) and Doordarshan's youtube channel. Reliance Jio users can watch it on Jio TV.

Why is Chandrayan-2 so special?

• A first space mission to conduct a soft landing on the Moon's South Polar Region.

• First Indian expedition to attempt a soft landing on the lunar surface with home-grown technology.

• Fourth country ever to soft land on the lunar surface.

- 4th country ever to soft land on the lunar surface

Indian Space Research Organisation explained on its website, "Extensive mapping of the lunar surface to study variations in lunar surface composition is essential to trace back the origin and evolution of the Moon. Evidence for water molecules discovered by Chandrayaan-1, requires further studies on the extent of water molecule distribution on the surface, below the surface and in the tenuous lunar exosphere to address the origin of water on the Moon."