Jio and Airtel to face-off for Zee Entertainment stake: Report 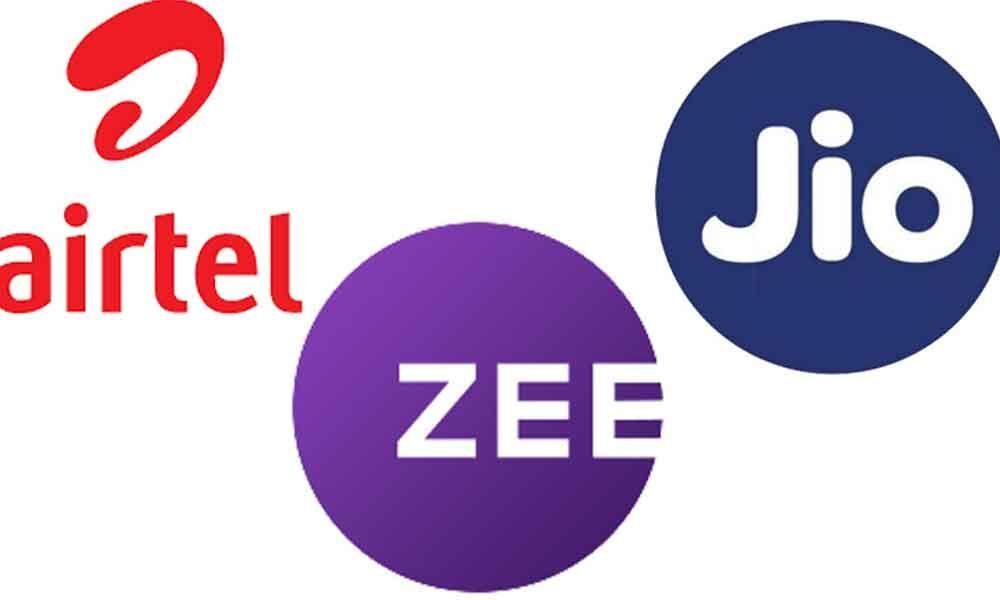 New Delhi: Telecom operators Bharti Airtel and Reliance Jio are prepared for another face-off, this time it is in the entertainment segment, as both operators plan to offer bids for participation in Zee Entertainment Enterprises, as per sources.

Bharti Airtel has already started efforts and is likely to make a formal proposal soon, while Reliance Jio Infocomm is also considering an offer.

This comes amid reports that Japanese media corporation Sony Corporation's bid to acquire Zee Entertainment Enterprises has been put off due to valuation differences. This has helped US cable company Comcast-Atairos become the pioneer in acquisition negotiations.

Zee Entertainment and Airtel could not be reached for comment, while the call to a Reliance Industries spokesperson remained unanswered.

It is also said that Zee Entertainment is considering getting involved with private equity (PE) investors as part of its share sale process. Apple is the other contender in the acquisition race after Comcast-Atairos, the sources said.

Sony had initially proposed a merger of its existing operations with Zee Entertainment and was also open to a cash purchase.

This is a huge blow for the Essel Group, led by Subhash Chandra, which seeks to sell its stake in Zee Entertainment due to its financial stress. The promoters of the Essel Group have been selling shares of their group companies since their crisis began earlier this year.

Zee is also present in the over-the-top video content space with Zee5, while Sony runs the Sony OTT platform and both platforms compete with Netflix and Amazon Prime.