Facebook's new currency plan is under scrutiny in Congress 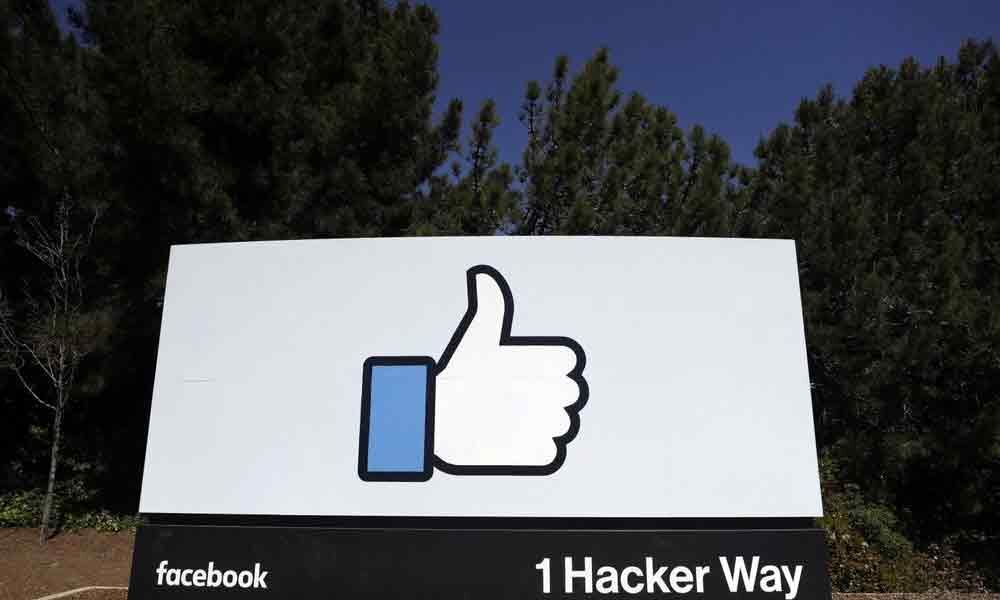 Facebook’s ambitious plan to create a financial eco-system based on a digital currency faces questions from lawmakers, as it’s shadowed by negative comments from President Donald Trump, his treasury secretary and the head of the Federal Reserve.

WASHINGTON: Facebook's ambitious plan to create a financial eco-system based on a digital currency faces questions from lawmakers, as it's shadowed by negative comments from President Donald Trump, his treasury secretary and the head of the Federal Reserve.

Congress begins two days of hearings Tuesday on the currency planned by Facebook, to be called Libra, starting with the Senate Banking Committee. Meanwhile, a House Judiciary subcommittee will extend its bipartisan investigation of the market power of Facebook, Google, Amazon and Apple.

Trump tweeted last week that the new currency, Libra, "will have little standing or dependability." Both Treasury Secretary Steven Mnuchin and Fed Chair Jerome Powell have expressed serious concerns recently that Libra could be used for illicit activity.

The Treasury Department has "very serious concerns that Libra could be misused by money launderers and terrorist financers," Mnuchin told reporters at the White House on Monday. "This is indeed a national security issue."

Facebook has "a lot of work to do before we get to the point where we're comfortable with it," Mnuchin said.

Already under intense scrutiny from regulators and Congress over privacy and market dominance, Facebook stirred anger on Capitol Hill last month with the unveiling of its plan to create a financial ecosystem based on a digital currency. Senate and House hearings went on the calendar, and the Democratic head of the House Financial Services Committee, which is holding Wednesday's hearing, called on Facebook to suspend the plan until Congress and regulators could review it.

Rep. Maxine Waters, D-Calif., said that Facebook, with some 2 billion users around the world, "is continuing its unchecked expansion and extending its reach into the lives of its users." She called Libra "a new Swiss-based financial system" that potentially is too big to fail and could require a taxpayer bailout.

David Marcus, the Facebook executive leading the project, says in his testimony prepared for Tuesday's hearing by the Senate Banking Committee that Libra "is about developing a safe, secure and low-cost way for people to move money efficiently around the world. We believe that Libra can make real progress toward building a more inclusive financial infrastructure."

Facebook agrees with Powell's view that the government's review of Libra must be "patient and thorough, rather than a sprint to implementation," Marcus' statement says. "The time between now and launch is designed to be an open process and subject to regulatory oversight and review. In fact, I expect that this will be the broadest, most extensive and most careful pre-launch oversight by regulators and central banks in FinTech's history. We know we need to take the time to get this right."

The planned digital currency is billed as a "stablecoin" backed by deposits in sovereign currencies such as the dollar, euro and Japanese yen — unlike bitcoin, ether or other digital currencies. Promising low fees, it could open online commerce to millions of people around the world who lack access to bank accounts and make it cheaper to send money across borders. But it also raises concerns over the privacy of users' data and the potential for criminals to use it for money laundering and fraud.

To address privacy concerns, Facebook created a nonprofit oversight association, with dozens of partners including PayPal, Uber, Spotify, Visa and MasterCard, to govern Libra. As one among many in the association, Facebook says it won't have any special rights or privileges. It also created a "digital wallet" subsidiary, Calibra, to work on the technology, separately from its main social media business. While Facebook owns and controls Calibra, it won't see financial data from it, the company says.

Mnuchin's comments came a few days after Trump tweeted: "I am not a fan of Bitcoin and other Cryptocurrencies, which are not money, and whose value is highly volatile and based on thin air. Unregulated Crypto Assets can facilitate unlawful behavior, including drug trade and other illegal activity."

If they want to get into the financial business, Facebook and its dozens of partner companies in the venture will have to accept the kind of tight regulation that banks are under, Trump said.

Powell, a powerful financial regulator who is independent of the Trump administration, told Congress last week that Facebook's plan "raises a lot of serious concerns, and those would include around privacy, money laundering, consumer protection, financial stability. Those are going to need to be thoroughly and publicly assessed and evaluated before this proceeds."

Facebook's challenges in Washington go beyond Libra. Later Tuesday, at a Judiciary subcommittee hearing, Facebook will be among four big tech companies — along with Google, Amazon and Apple — testifying about their impact on the innovation and entrepreneurship of smaller companies. It's the latest chapter in lawmakers' examination of the industry.

"What happens in tech is that one big company grows to control a lot of stuff, and if it's allowed to stay there for too long, it slows down the sector," Timothy Wu, a professor of law, science and technology at Columbia Law School, has said. "Companies like Google and Facebook have come to hold too much power. There's a growing sense that they have too much control over information, news, advertising, even who we are and what's going on."

Wu is among the expert witnesses scheduled to appear before the antitrust panel, which also will hear from executives from the four tech companies.

Early Tuesday, it was Google that was on the receiving end of Trump tweet.

Over the weekend, billionaire investor Peter Thiel said the FBI and the CIA should open an investigation to determine if Google had been infiltrated by Chinese intelligence, according to Axios.

Alphabet Inc., which owns Google, has been criticized in the past by Trump and administration officials for its interaction with China.

Defense Secretary Patrick Shanahan told senators at a hearing this year that while he hasn't heard the tech giant say the word "refuse," Google has expressed a "lack of willingness to support" Defense Department programs. Shanahan told senators that $5 trillion of China's economy comprises state-owned enterprises and technology developed in the civilian world there transfers to the military sector.

"It's a direct pipeline," he said. "Not only is there a transfer, there's also systemic theft of U.S. technology that also facilitates even faster development of emerging technology."

Google CEO Sundar Pichai said at the time that he had conversations with Trump about investing in the American workforce, emerging technologies and "our ongoing commitment to working with the U.S. government."

According to the Axios story, Thiel said Google was "engaged in the seemingly treasonous decision to work with the Chinese military and not with the US military."

Before 5 a.m. Eastern, Trump tweeted about Thiel, "A great and brilliant guy who knows this subject better than anyone! The Trump Administration will take a look!"

Google did not immediately respond to a request for comment early Tuesday.