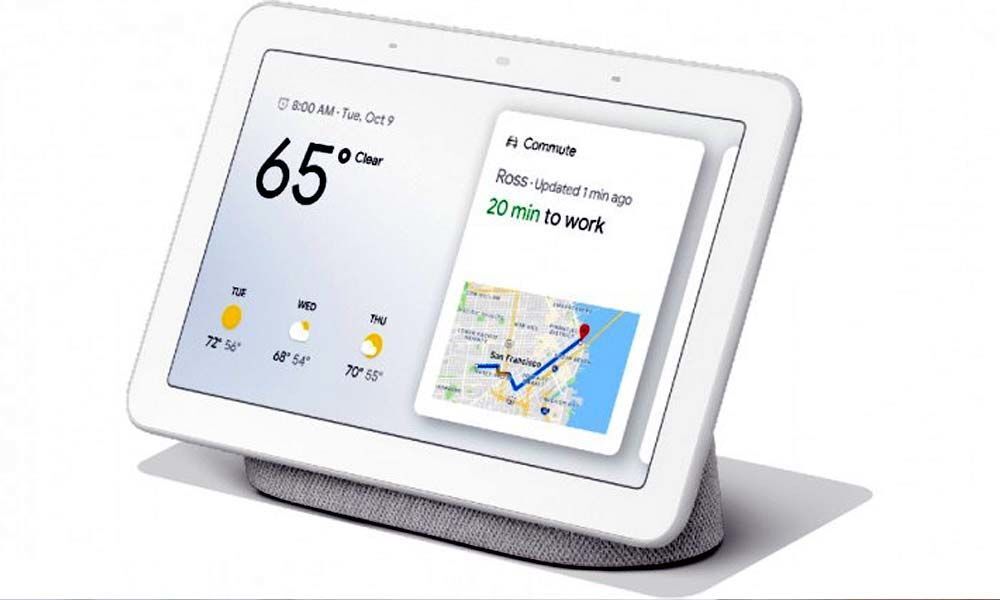 The Google Nest Hub is on sale on at Flipkart, brick and mortar stores like Tata CliQ, Croma and Reliance Digital.

Today Google launched the Google Nest Hub in India for Rs 9,999; it's very first smart display. The Google Nest Hub starting today is available at Flipkart, and brick and mortar stores which include Tata CliQ, Croma and Reliance Digital. It comes in Chalk and Charcoal colour variations

To bring its Nest Hub smart display, which was earlier called the Google Home Hub, in India, the tech giant has joined hands with Xiaomi, and it is now selling the Xiaomi's Mi Security Camera worth Rs 1,799 for free for a short period. Customers who are interested avail this limited time offer on Flipkart and Tata Cliq. In addition to Xiaomi, Google has also partnered with Gaana to bring the entire catalogue of music for its Nest Hub users for free.

The Google Nest Hub comes with a 7-inch display, can control over 200 million devices from over 3,500 brands which include the likes of Xiaomi, Syska, Oakter, LG, Yeelight, Philips and to-link among others. It can be used for entertainment, recipes and get news updates.

The newly launched Nest Hub, which debuted last year, can stream music from YouTube Music, Gaana, Saavn, Spotify and Wynk Music. It will have kids videos from Pikachu and Chhota Bheem. It can also source recipes from NDTV Food, Archana's Kitchen and TarlaDalal.com. You can watch the news from popular sources like India Today, NDTV, and Zoom, among others. You can also customise your news sources to play news from specific news channels only.

Google Nest Hub comes with Ambient EQ which automatically adjusts the screen brightness based on the light in the room. It features the best thing, i.e. Google's Digital Wellbeing. The downtime feature keeps a tab on the total time that you have spent on the device, and the filters feature can be used to control the content that we think is unfit for the kids.