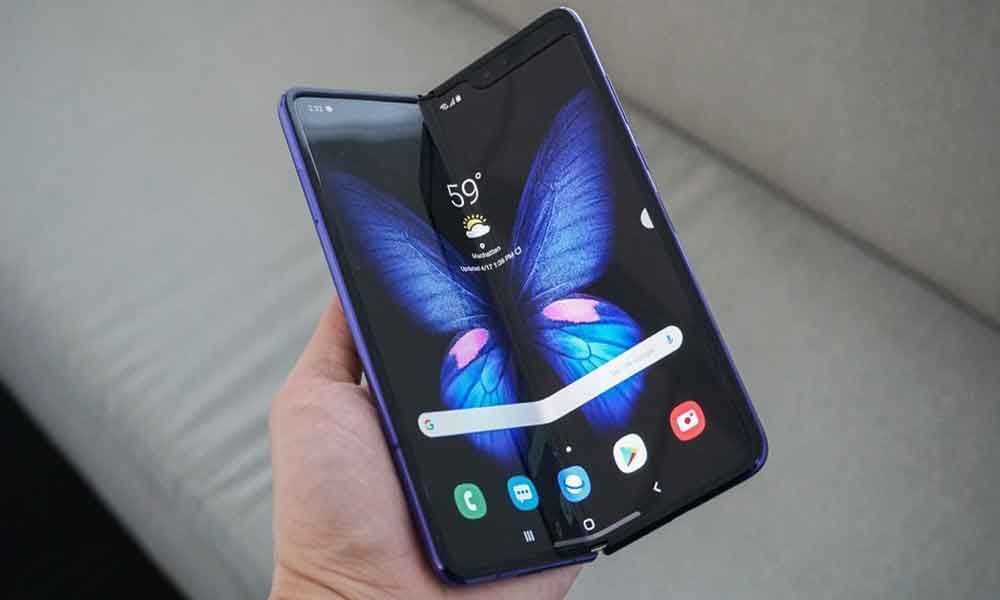 Weeks after Samsung postponed the launch of the Galaxy Fold smartphone and recalled review units, the company has reportedly solved both of the main issues that plagued the devices.

Weeks after Samsung postponed the launch of the Galaxy Fold smartphone and recalled review units, the company has reportedly solved both of the main issues that plagued the devices.

Earlier, the South Korean tech major said it was delaying the release of the Galaxy Fold to fix its design issues, it didn't really say how it would address the flaws.

"You might have a clearer idea after today, though. Yonhap News claims Samsung will tuck the protective display layer into the body, preventing users from peeling it off under the mistaken belief that it's an everyday screen protector.

"It will also block the gaps at the top and bottom of the hinge to prevent debris from wrecking the foldable display," the Engadget reported on Thursday.

Earlier this month, Samsung Electronics said it cannot confirm the shipping date for "Galaxy Fold" smartphone, tendering an apology to its pre-order customers in the US for the delay.

The super-premium phone that took almost a decade in the making opens like a book when unfolded.

The units given to international tech reviewers encountered display distortion and screen flickering issues, forcing the South Korean giant to postpone its launch in Hong Kong and Shanghai on April 23 and 24 respectively, and issue a recall of review units.

Defending its devices just days before its roll-out, a Samsung spokesperson had assured that the firm would "thoroughly inspect" the units.