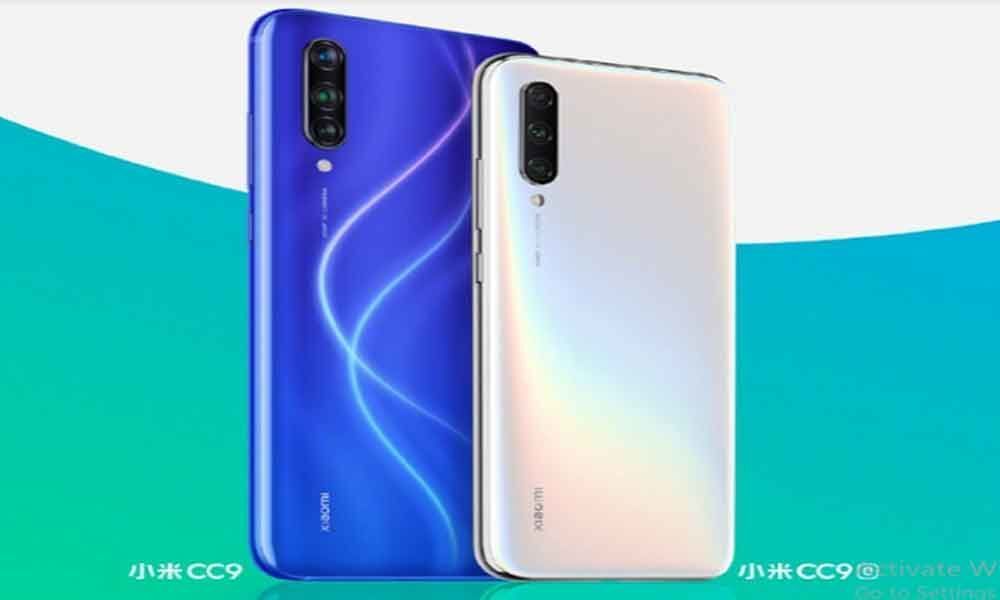 Xiaomi is all set to launch its Mi CC 9 series of phones later today at an event in China. The most awaited Mi CC9 series will include the Mi CC 9, Mi CC 9e, and Mi CC 9 Meitu Custom Edition. Know the specifications, expected price, and more.

Xiaomi confirmed that the Mi CC 9 will be presented in White and Dark Blue Planet colours, and already displayed these two colours look.

The Xiaomi Mi CC 9 to sport a primary camera of 48-megapixel and a front camera of 32-megapixel. When it comes to onboard storage the phone is said to be equipped with 8GB of RAM, and 256GB. For better low-light photography a super sight Scene mode has also been confirmed for the phone.

While following the Mi CC 9's TENAA listing, it will pack a 6.39-inch (1080x2340 pixels) AMOLED display and will draw power from an octa-core processor clocked at 2.2GHz. It will be backed up by a 3,940mAh battery which will reportedly keep the lights on and will also have support for 27W fast charging.

The Mi CC 9e is said to feature a similar design as the Mi CC 9, complete with the gradient rear panel and a waterdrop notch up front. When it comes to display and camera according to TENAA listing, the phone is claimed to feature a 6.08-inch display and triple rear cameras. The phone is powered by the Snapdragon 710 SoC and will also support 18W fast charging to get its 3,940mAh battery.

When compared to the standard Mi CC 9 the Mi CC 9 Meitu Custom Edition will sport a slightly different gradient finish but will receive the triple rear cameras and overall device profile from the latter. When it comes to the display according to the TENAA listing, the Mi CC 9 Meitu Custom Edition will sport a 6.39-inch (1080x2340 pixels) display and can be obtained in several variants with up to 8GB of RAM and 256GB of internal storage. It is said to come bundled in a special edition retail package and just like its other models of Mi CC 9 series, for low-light photography it will also come with a Super Night Scene mode.