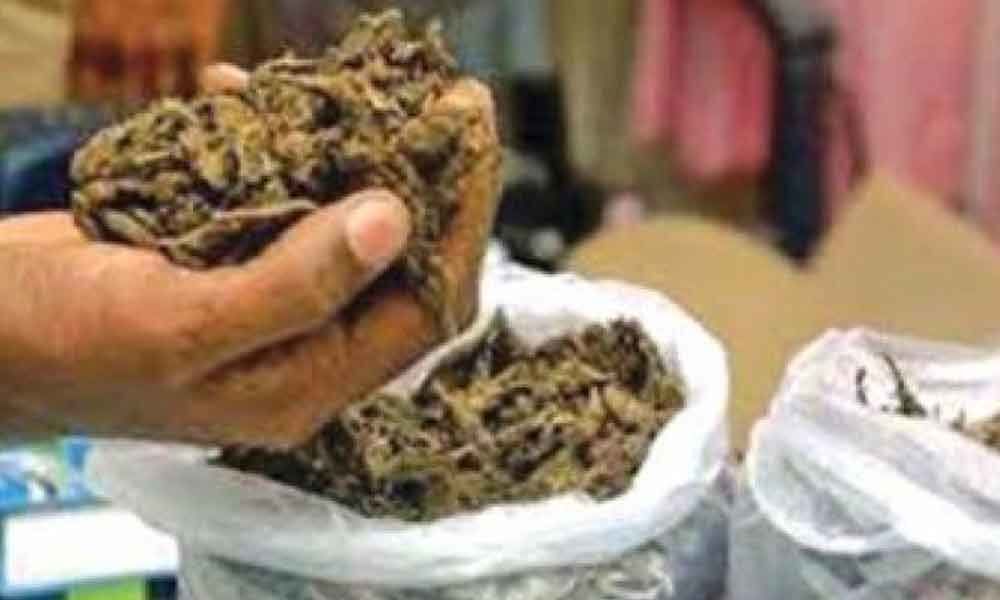 According to Task Force sleuths, on tip of information they arrested two ganja sellers namely Shaik Arif (21, roti maker) and Shaik Sameer (21, driver) near Beedi Karkhana in Chatrinaka and seized 200 kg of ganja, a car and one cell phone from the possession of the accused.

During interrogation the accused Shaik Arif confessed that he is a native of Nanded in Maharashtra and from past couple of years he is working as a roti maker.

Since the income is not sufficient to meet his family expenditures, he met his cousin by name Ashwaq, a resident of Nanded and hatched a plan to earn easy money by procuring ganja from agency area, transport and sell the same to the known and needy customers.

Later both of them contacted one Srikanth of Vishakapatnam and requested him to provide ganja, for which he agreed. Subsequently, they both contacted one Shaik Sameer of Maharashtra and discussed about transporting ganja in a car and offered him to pay good commission.

Accordingly two days back Shaik Arif and Ashwaq engaged one car to transport the contraband. Later they both went to agency area of Vishakapatnam and procured ganja of 200 kg at Rs 1,500 per kg from Srikanth.

On Saturday they left from agency area of Vizag in the car and reached Arif's residence in Chatrinaka and stayed overnight.

And on Monday while they were about to leave from Chatrinaka to Nanded the Task Force sleuths apprehended them along with the car and ganja.

The accused along with the seized property were handed over to SHO, Chatrinaka Police Station for further action. They are making efforts to nab the other two accused- Ashwaq and Srikanth.