A dropout who scripted her destiny 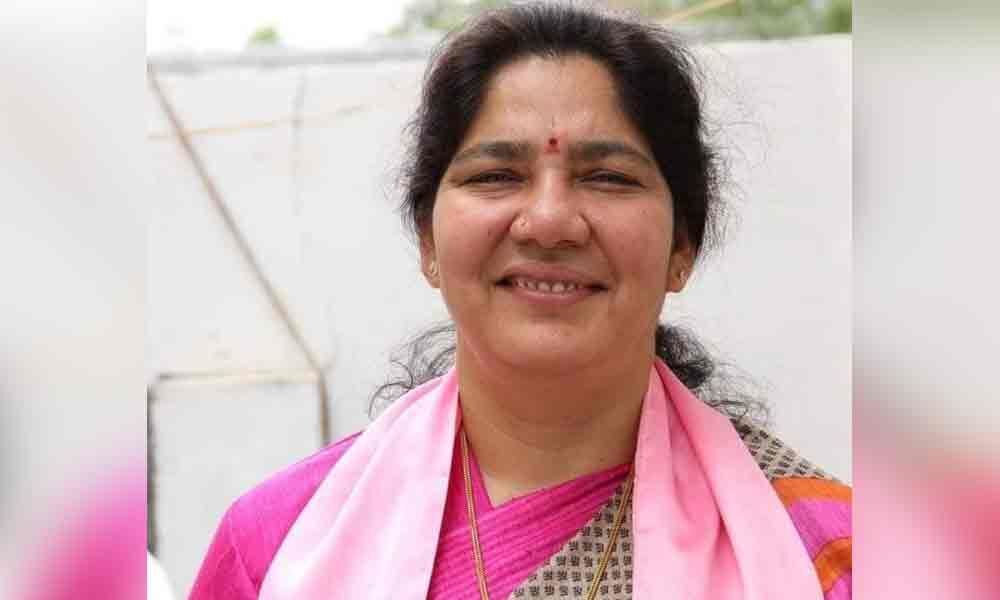 A dropout, who later went on to complete degree in an open university, MLC Satyavathi Rathod has become the first tribal woman Minister in separate Telangana State.

Warangal: A dropout, who later went on to complete degree in an open university, MLC Satyavathi Rathod has become the first tribal woman Minister in separate Telangana State. Ever since the talk of Cabinet expansion was doing rounds for the last few days, Satyavathi has emerged as a strong contender to make it to the KCR's Cabinet.

Satyavathi, who was born to Lingya Naik and Dasmi Bhai in a remote hamlet Pedda Thanda in Gundratimadugu panchayat under Kuravi mandal, is the youngest among five siblings.

She gave up her studies after Class VIII as she got married to Govind Naik, who was a railway employee. She had a setback in her life when her husband died in a road mishap some time back. She has two sons.

Satyavathi, who began her political career with the Telugu Desam Party (TDP), contested from Dornakal Assembly constituency in 1989 and lost to Congress candidate D S Redya Naik. Later, she became the Sarpanch of Gundratimadugu village in 1995. She also won the ZPTC of Narsimhulapet in 2006.

In 2009, she was elected as the MLA from Dornakal defeating Redya Naik. Later, she joined the TRS and lost 2014 election to Redya Naik, who eventually also joined the TRS.

She worked relentlessly for the victory of TRS despite being denied the ticket in favour of sitting MLA D S Redya Naik in December 2018 elections.

She was given the MLC seat under MLA quota in March 2019. Her loyalty and dedication to the party paid off with the Chief Minister accommodating her in the State Cabinet. She was given the ST, Women and Child Welfare portfolio. Speaking to media persons, she said: "I will strive hard for the empowerment of women. I am grateful to KCR for the opportunity given to me."