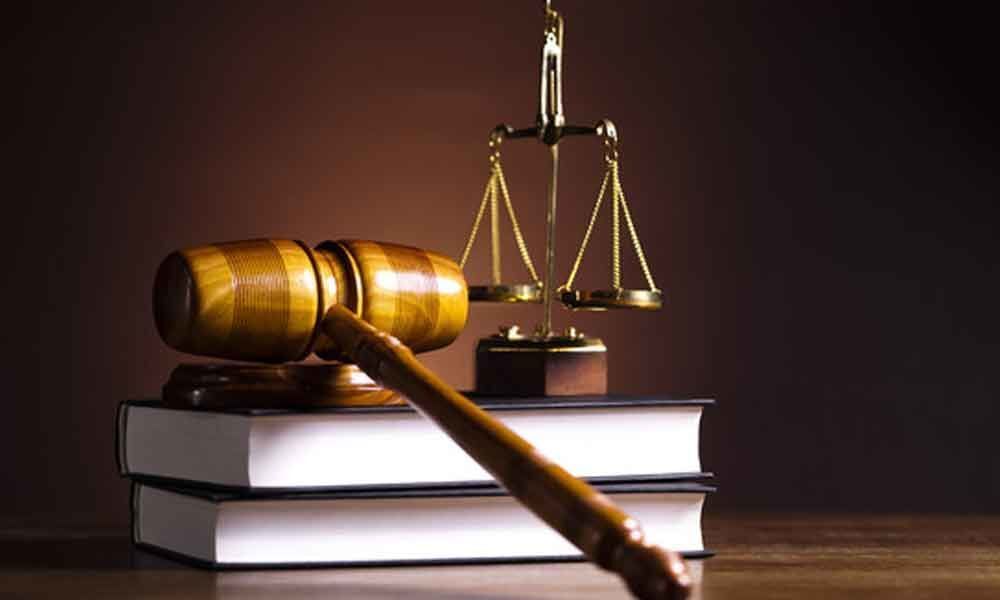 Since the scrapping of Articles 370 and 35A of the Constitution by two-third majority in Parliament, the terrorists, secessionists and their supporters in India have been shouting from the rooftop that all hell will break loose.

Since the scrapping of Articles 370 and 35A of the Constitution by two-third majority in Parliament, the terrorists, secessionists and their supporters in India have been shouting from the rooftop that all hell will break loose.

Most of these protests are carried out by the agents of Pakistan, our perpetual enemy. The efforts on the part of the government to ensure peace in the J&K deserve to be complimented because it has effectively controlled the anti-national elements including those under the guise of 'people's leaders.'

Added to these, the whole world in one voice has stood solidly behind India approving our stand that the J&K problem is our 'internal matter.' Even the superpowers like the USA and Russia have minced no words in declaring that removal of temporary special status and privileges accorded to the J&K by the Constitution is purely a subject matter of India and Pakistan has nothing to do with it.

It is indeed a matter of great concern that instead of hailing the historic change brought about by the Constitutional amendment which will go a long way in improving the standard of living of the people of Ladakh, Jammu and Kashmir, some short-sighted leaders within the country have chosen to dance to the tune of Pakistan. They have gone to the extent of describing the current situation in J&K as the most dangerous and describing the administrative measures as draconian.

These anti-national elements are trying to paint the situation in J&K as the most volatile before the world. Needless to say, such anti-national moves are designed to delay the normalcy process in J&K. Such a situation helps Pakistan to raise the Kashmir bogey on international platform and indulging in hallow threat of nuclear war.

Considering the disturbing situation fomented by the anti-national elements, the need of the hour is to remain united and face the challenges from within and beyond borders.

It is high time to show our love and dedication for the nation and in doing so, every citizen will have to treat himself as a soldier, ever ready to serve the nation in whatever manner he can and be a constant vigilant so as to expose nefarious activities of the anti-national elements. Only then, we the people of India, can hope to pass the acid test of showing unity and integrity.

The Supreme Court has agreed to hear a PIL on framing of guidelines to restrain media from disclosing identity of an accused in a sexual offence case during pendency of the probe to ensure that his reputation is not damaged in false case.

A bench of Justices S A Bobde and B Gavai sought response from the Centre on the petition by Youth Bar Association of India which pleaded the court to intervene to protect the reputation of a person who gets falsely implicated in a sexual offence case as media "indulges in character assassination" even before probe is completed.

It said the name of the accused should not be disclosed, like those of victims in such cases till the probe is completed by law enforcement agencies on the veracity of allegations.

"It is important to mention that a false accusation sometimes destroys the entire life of an innocent and there have been instances where the person falsely implicated even committed suicide.

It does not only destroy an individual's life but creates a social stigma for the family too. Need of the hour demands that some preventive measures must be taken so as to avoid and to deal with such situations and the interest of justice," the petition said.The apex court after a brief hearing, said it will consider the issue raised in the petition and issued notice to the Centre.

The irrepressible senior advocate Rajeev Dhawan, appearing for Muslim parties in the Ayodhya land dispute case in the SC on Tuesday had a run-in with CJI Ranjan Gogoi, who in turn told him that as an officer of the court, he must strive to maintain decorum.

An hour into the arguments, when senior advocate Sushil Jain was making submissions on behalf of Nirmohi Akhara, CJI Gogoi told him that he needed to argue his best points to substantiate his claim for possession of the entire disputed land rather than foraying into the subject matter of other title suits.

"We said no one's arguments will be curtailed. You (Dhavan) will have full opportunity to place documents before the court when your turn comes," the CJI said, Dhavan replied, "I hope so," the CJI asked, 'Do you doubt?" not to be put down, Dhavan retorted, "yes."

Dhavan has a record of such court-encounters in the past. Last one was when he said " I would hang my gown" but later he was persuaded by his colleagues not to do so and he agreed to continue in the practice.

Yet on another occasion perturbed Chief justice of India said it is up to the country's legal institutions to counter the recent "belligerent and reckless behaviour" by some individuals and groups.

"It is unfortunate that the present times are witnessing belligerent and reckless behaviour by a few individuals and some groups," Chief Justice of India Gogoi said, without naming anyone.

" I am hopeful that such incidents turn out to be exceptions and the strong traditions and ethos of our institution shall always assist our stakeholders to display resilience to overcome the belligerence of such way ward constituents.", he added.

Transport animals as per rules: HC

Justice A Rajashekar Reddy of the Telangana High Court has directed the municipal and police officials to take action against those who transport animals contrary to the rules specified in animal welfare laws and circulars. The judge was a hearing a petition filed by Gau Gyan Foundation who said that the officials are not acting despite several such incidents.

"Even the meat from the slaughtering of the animals should be sold only after obtaining a certificate from a veterinary doctor that the meat was fit or consumption," Naresh Reddy the counsel for the petitioner said. He sought directions to the authorities to ensure the implementation of the circular issued by animal welfare board on July 29, 2019.

In a case of fence eating the crop a special Narcotics Drugs and Psychotropic Substances Act court has sentenced IPS officer Saji Mohan to 15 years imprisonment for illegally possessing 37kg of heroin in 2009.

While sentencing the 1995 batch officer, special judge M S Mungale said, "the accused is a highly qualified IPS officer who was also zonal director of Narcotics Control Bureau, Chandigarh, and himself was involved in illegal trafficking of drugs."

In fact , this is Mohan's second conviction in a drugs case. In 2013, a court in Chandigarh sentenced him to 13 years' rigorous imprisonment for pilfering seized drugs and selling them. He has also been sentenced to five years' imprisonment in a corruption case.

HC: Give protection to encounter eye-witnesses

The Telangana High Court recently directed the State to provide security to the eye-witnesses to the July 31 encounter of CPI (ML) New Democracy party leader Punnam Lingaiah at Rallagadda village in Kothagudem district.

The court also directed the magistrate of Yellendu court to record the statements of these witnesses under section 164 of CRPC.

The bench of Chief Justice Raghavendra Singh Chauhan and justice Shameem Akhter hearing a plea of Telangana Civil Liberties Committee that termed the encounter as fake and sought stringent action against the policemen who had participated in the killing Lingaiah.

Confirming a judgement of the Kerala High Court, the apex court has said that where the marriage is annulled or declared null and void due to some mischief or wrong committed by the husband, he will have to pay maintenance under Section 125 of Cr. PC despite declaration of nullity or annulment of marriage.

The court rejected the contention of the petitioner that a wife whose marriage stands annulled will not come within definition of 'wife' u/s.125 of CrPC and had placed reliance on the judgment in Savitaben Soma Bhai Bhatiya vs. State of Gujarat.

On the other hand, the High court relied on a later decision in Badshah vs. Urmila Badshah Godse and observed: " in a case where the marriage happened to be annulled or declared null and void due to some mischief or wrong committed by the husband, he will have to pay maintenance... despite declaration of nullity or annulment of marriage." The SLP was filed by one T K Surendran against wife P Nazima Bindu.

In this case the wife applied for annulment of marriage on the ground of impotency of the husband which was suppressed by him. Dismissing the appeal of the husband the Supreme Court said.."in such a factual situation, where the husband suppressed material facts and the lady suffered for no fault or wrong of her, the decision in Savitaben's case cannot be applied."

Telangana lawyers up in arms

An alleged proposal to shift the High Court of Telangana from its present premises near City College in Hyderabad to Budwel near Shamshabad which is over 10km away from the present location of the High Court has met with stiff opposition from the advocates, particularly from those practising in the High Court.

The agitating lawyers have also formed "Telangana High Court Parirakshana Samithi" demanding that the high court should continue to function from the same century old building.

SC recommends four for elevation as its judges

The Supreme Court collegiums headed by the CJI Ranjan Gogoi has recommended for appointment as judges of the apex court the names of four chief justices of High Courts.

When appointed, the Supreme Court would have full sanctioned strength of 34 judges.

Amidst war cry of Pakistan, the three year extension given to the Army chief General Qamar Javed Bajwa has been opposed tooth and nail by the Pakistan Bar Council.

The central statutory body of the lawyers in Pakistan, the Bar Council has condemned the government's decision to grant extension of service to Bajwa in most unequivocal terms.