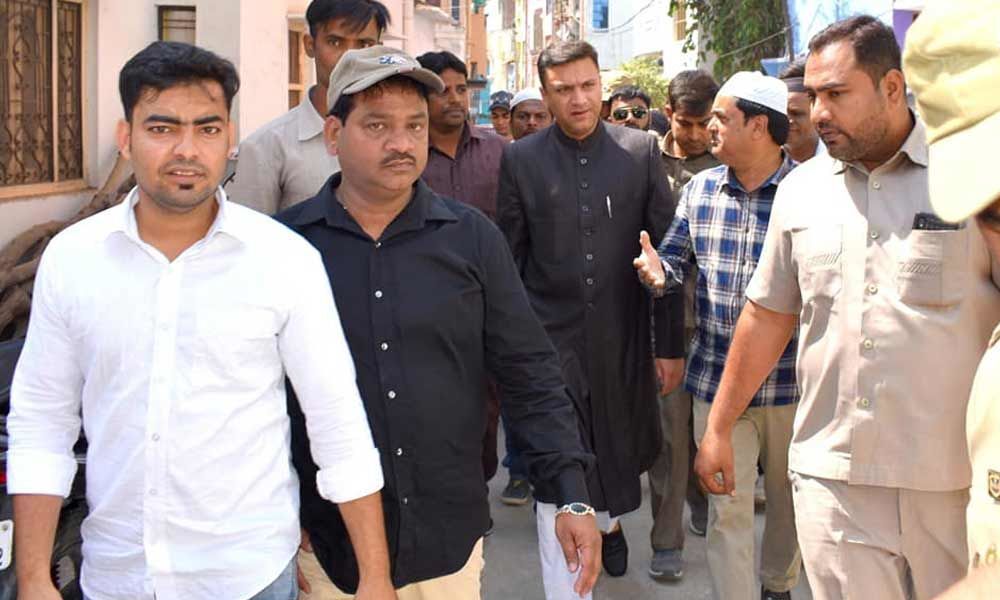 Earlier, his brother and president of All India Majlis-e-Ittehadul Muslimeen (AIMIM) Asaduddin Owaisi, on Monday, filed nomination for the same seat, who is presently representing Hyderabad Lok Sabha constituency.

According to party sources, Akbaruddin filed the nomination (dummy) as a back up support to the party chief and MP Asaduddin Owaisi in case his nomination was rejected on 'technical grounds.'

"On the last day of withdrawal,Akbaruddin would withdraw his papers clearing way for his elder brother.

Even in the previous elections, he filed nomination and this is not surprise move," said the party sources.

As a part of election campaign of the Owaisi brothers, which was started a couple of days back for the parliamentary elections in different constituencies, hit the top gear on Wednesday.

Party chief and MP candidate Asaduddin Owaisi, along with MLA, Moazam Khan kickstarted their campaign for the parliamentary elections from Bahadurpura constituency and they were seen conducting 'paidaldaura'.

During campaign, Owaisi interacted with locals, and asked them to vote in favour of AIMIM, 'Patang ko Vote do'.

Along with him, hundreds of locals gathered in this campaign and raised slogans 'Owaisi zindabad' and 'April gyarah-Owaisi dobara'.

Local corporators and leaders were also seen during the 'paidaldaura'.

The 'paidaldaura' started from Bandlaguda post office and covered its surrounding areas and ended in Kamatipura division under Bahadurpuraconstituency.

On the other side,Akbaruddin also started campaigning in his Chandrayangutta constituency for the party's parliamentary seat being contested by his brother.

During campaign, the Chandrayangutta MLA interacted with residents of the area and emphasized on the developmental works taken up by the party and asked them to vote in favor of AIMIM.

The campaign started from Risala, Jangamet in Falaknuma division towards Ghulam-e-Mustafa, Limra Colony under the Chandrayangutta constituency.