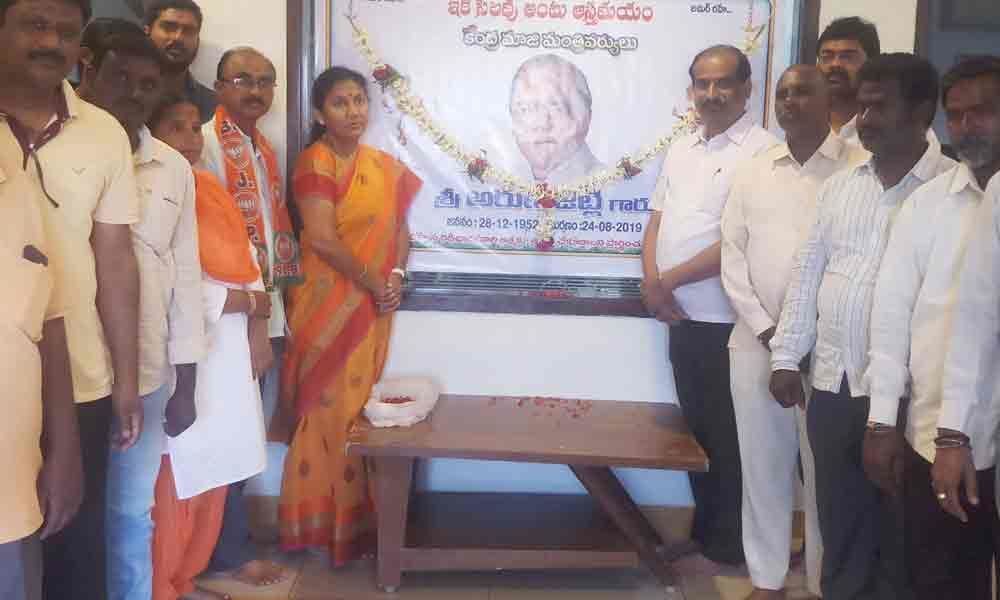 Warangal: Warangal Urban district BJP president Rao Padma Reddy on Saturday said that untimely demise of former Finance Minister Arun Jaitley is a huge loss to the nation. The BJP leaders who gathered at the Urban District party office in Hanamkonda paid floral tribute to Arun Jaitley who passed away earlier in the day.

It may be mentioned here that Arun Jaitley (66) has been on life support since last fortnight following a prolonged illness. Rao Padma said that Jaitley who began his political career with the ABVP fought gallantly against the then Congress government led by Indira Gandhi.

"Jaitley was put in jail for 19 months under the Maintenance of Internal Security Act (MISA) during the Emergency. He had smoothly refused the offer of being inducted into the Union Cabinet when Morarji Desai who headed the Janata Party government in 1977 offered him minister post. Such was his greatness," she said.

Jaitley was multi-faceted, having thorough knowledge about India's Constitution, governance, public policies. Even though he played a crucial role as an opposition leader, Jaitley earned the name of a distinguished lawyer. He was an excellent orator and an outstanding parliamentarian, Padma said.