Cleared: Night landing on the second track of Hyderabad's Airport 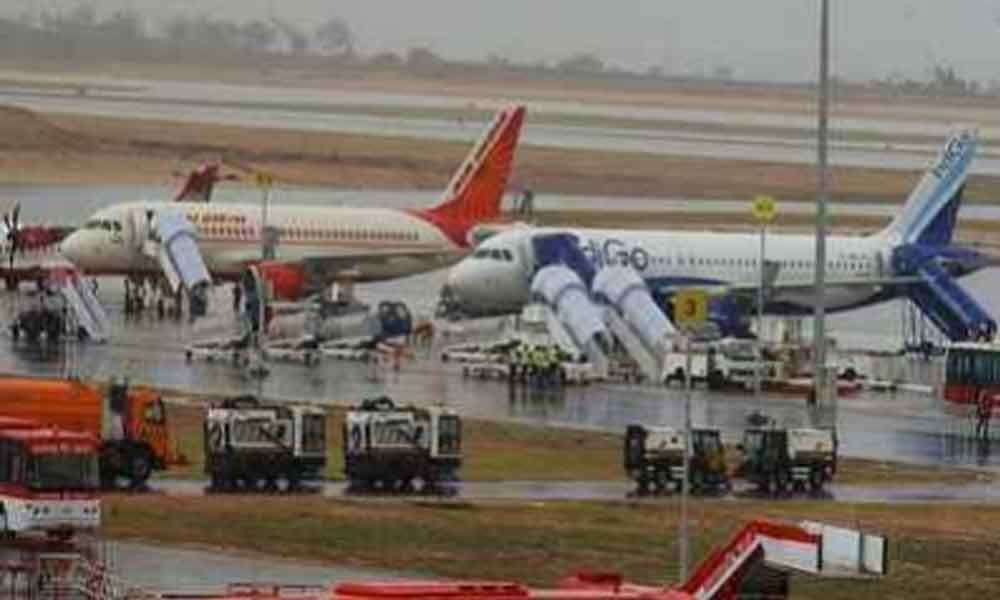 Hyderabad's, Rajiv Gandhi International Airport will also have night landing operations on its second runway, after authorization from the Directorate General of Civil Aviation (DGCA).

In addition to joining the major leagues of New Delhi and Mumbai, the Hyderabad International Airport will now have nighttime landing operations on its second runway, after authorization from the Directorate General of Civil Aviation (DGCA). The secondary reservation track was updated to this state from a parallel taxiway in 2012.

In addition to the Rajiv Gandhi International Airport (RGIA) of the city, there are only four other facilities in India: Mumbai, Chennai, Kolkatta and New Delhi, which have more than one runway.

"The DGCA recently accorded clearance following a series of trial landings and take-offs carried out over a period of time. Capable of handling large aircraft such as Boeing 747 jumbo jets, the secondary runway will be used as a back-up during non-availability of the main runway," said an airport official.

This comes as a great relief for airline operators, who serve RGIA during the night hours.

Incidentally, in March 2018, the operations at RGIA suffered a heavy beating after the tyres of a Tirupati-Hyderabad Indigo aircraft exploded at the landing.

As the main runway was forced to close for more than four hours, more than 30 flights (domestic and international) had to be diverted to other airports in the country, even when dozen-odd services were either cancelled or delayed excessively.

It left thousands of passengers stranded for hours on end, even as airport and airline authorities struggled to restore normalcy.

"As one of the busiest airports in India, it is paramount for us to carry out operations unhindered round the clock and provide a seamless and pleasant passenger experience.

It was with this aim that we upgraded the secondary runway for night operations," said GBS Raju, business chairman, (airports), GMR Group, adding, "We are thankful to DGCA for its consent. This makes the Hyderabad International Airport one of the few key airports in the nation that is fully equipped for uninterrupted operations when the primary runway is unavailable owing to periodic maintenance or any unforeseen situations."