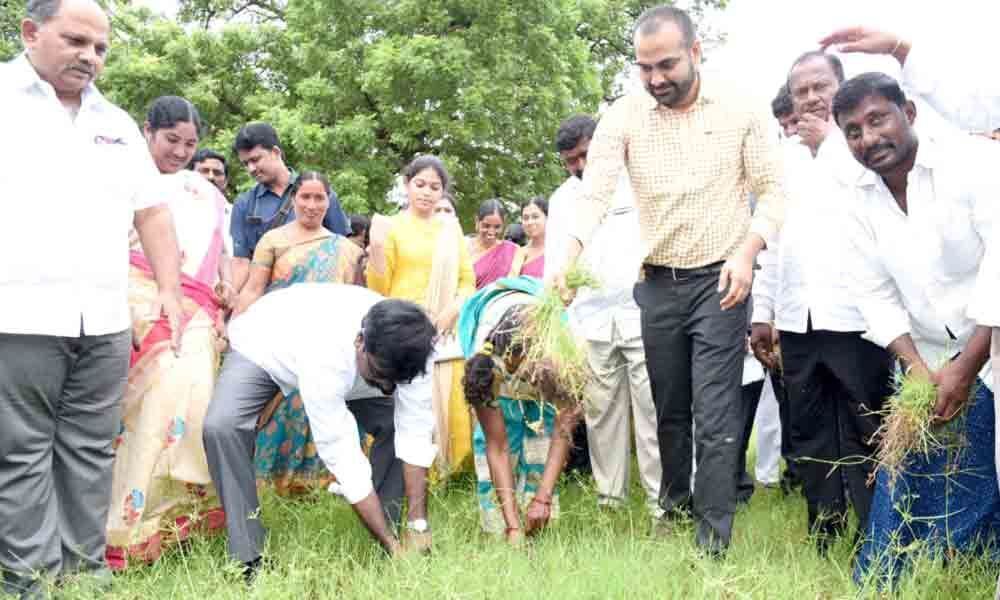 District Collector RV Karnan launched the 30-day action plan in Chimmapudi village under Raghunathapalem mandal in the district on Friday.

Speaking on the occasion, he called upon everyone to take part in the programmes and solve various issues in their villages by working with mutual coordination. He also took part in a padayatra along with local MLA Puvvada Ajay Kumar in the village.

During the Padayatra, he enquired about various issues plaguing the village, and appealed to the people work together to solve the issues and develop their village.

Stating that the 30-day action plan was the dream of Chief Minister K Chandrashekar Rao, MLA Puvvada Ajay Kumar said that the State government was laying all its focus on developing villages in all aspects. He also appealed to the people to extend support to the officials concerned.