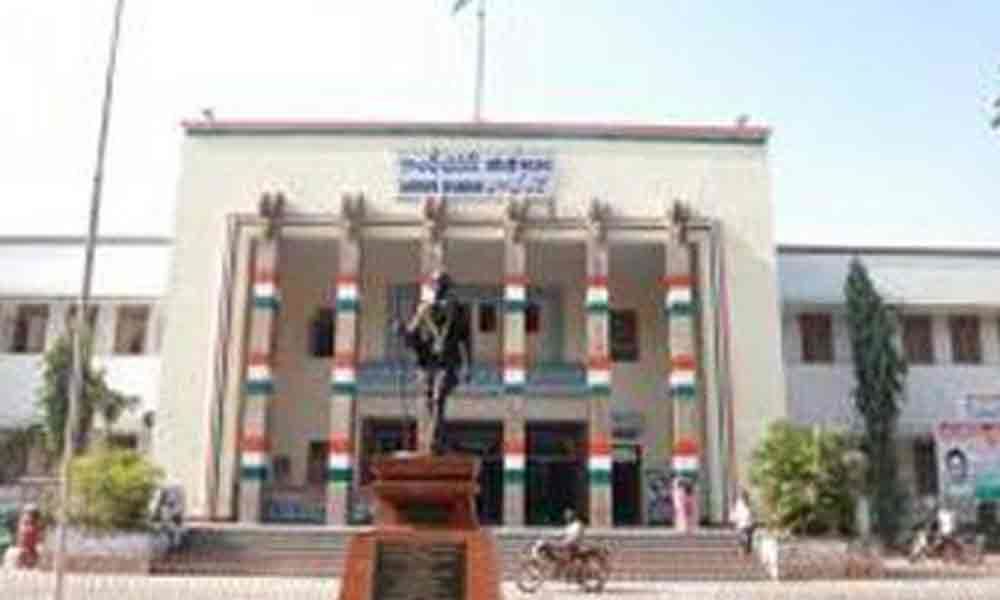 he Disciplinary Committee of Telangana Pradesh Congress Committee (TPCC) issued a show cause notice to MLA Komatireddy Rajagopal Reddy and asked him...

Hyderabad: The Disciplinary Committee of Telangana Pradesh Congress Committee (TPCC) issued a show cause notice to MLA Komatireddy Rajagopal Reddy and asked him to give explanation for his remarks against the party within 10 days.

The Disciplinary Committee which met few days ago has issued the notice on Wednesday clearing the air regarding the disciplinary action on him. The Committee headed by senior Congress leader M Kodanda Reddy issued the letter.

It may be recalled here that Munugodu MLA Komatireddy Rajagopal Reddy has made serious remarks against the Congress party, TPCC chief N Uttam Kumar Reddy and AICC general secretary and State Affairs In-charge RC Khuntia on 15th June. He also made derogatory remarks against the party in September, last year.

Speaking to the media at Nalgonda on June 15, Rajagopal Reddy said the Congress party has no future in the State. He said only the BJP was the alternative to the TRS and that most of the leaders have been looking towards the BJP.

Rajagopal Reddy said the Congress leadership did not respond when 12 of its MLAs joined the TRS. He said the leadership of Rahul Gandhi has weakened. The Disciplinary Committee has met on Monday and discussed the issue. The committee felt that action should be taken against the MLA. However, it restrained itself from issuing the show cause notice on Tuesday raising doubts on the action.

It has been speculated that with the interference of his brother and MP from Bhongiri Komatireddy Venkat Reddy, the TPCC may not initiate action. But by issuing the notice, the TPCC cleared the air.

The notice said once again it has come to the notice of Disciplinary Committee of TPCC, that Komatireddy Rajagopal Reddy has passed derogatory remarks, in a section of the press, against the All India Congress Committee president, AICC General Secretary (In-Charge of Telangana) and also against TPCC chief on 15th June 15 at Nalgonda.

The MLA has also said the Congress party has no future and BJP is the only alternative to fight against the TRS, under the leadership of Narendra Modi. "Previously, you have used un-parliamentary and filthy language against the AICC General Secretary, TPCC president, as well as on Disciplinary Action Committee, on September 19, 2018. Keeping in view of your harsh attitude and anti-party activities, the committee has served show cause notice to you, on September 21, 2018," said committee chairman Kodanda Reddy in the letter.

Kodanda Reddy said in view of these facts, the MLA is directed to submit explanation within 10 days, from the date of this show cause notice failing which it would construe that he has no explanation to offer and disciplinary action would be initiated.

Sources in the party said the issue would be discussed again after receiving explanation from the MLA. Whether it expels him from the party or initiates another action is yet to be seen, if no explanation is presented within the stipulated time, sources added.