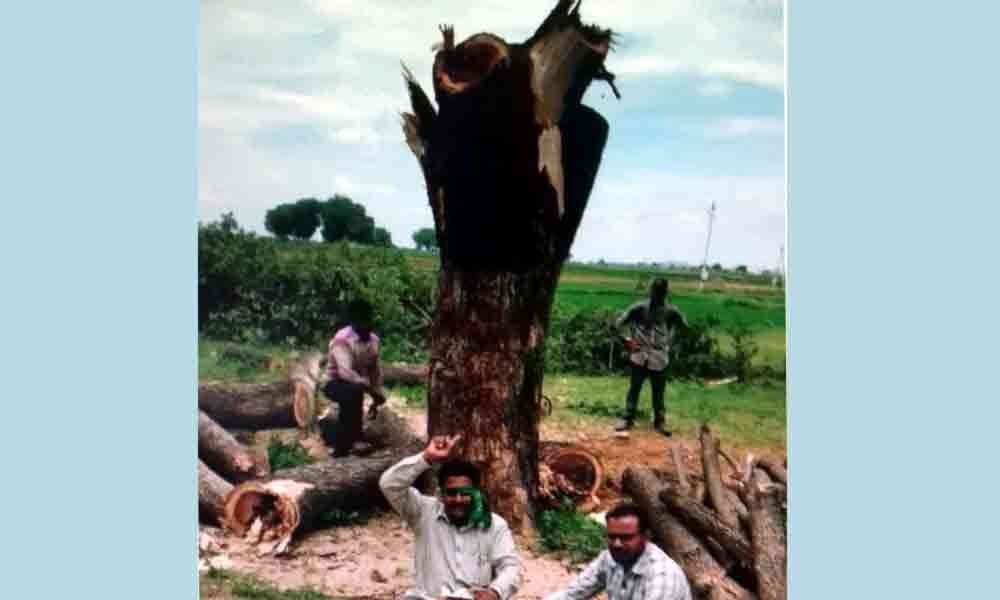 x
Environmentalist Kollu Ravindra protesting blindfold before a tree that was cut down for raod expansion, in Chilukur on Thursday
Highlights

Environmentalist Kollu Ravindra of Kodad has suggested translocation of trees instead of removing them during road expansion.

Chilukur (Suryapet): Environmentalist Kollu Ravindra of Kodad has suggested translocation of trees instead of removing them during road expansion.

On Thursday, expressing his concern over cutting of trees in the name of expansion of Kodad- Huzurnagar road, he carried out an innovative protest on the roadside near the trees that were cut down in blindfold at Chilkur mandal headquarters in the district.

Speaking to the media, he informed that officials had utterly failed in protecting saplings planted under Haritha Haram programme. He advised the officials to consider translocation of trees instead of cutting them.

He urged people to spare some time to plant and protect the trees in the interest of environment and the future generations.