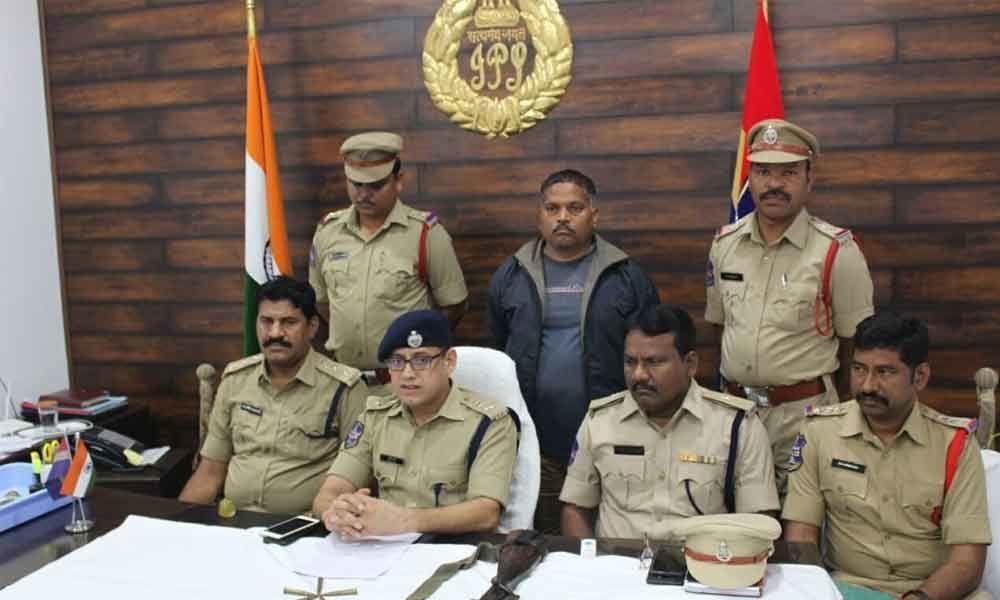 Dutt told the media that Sammaiah was arrested in the forest at Raigudem under Yellandu mandal in the district. The police claimed to have recovered a .303 rifle and ammunition from him.

The Naxalite hailed from Enchagudem under Kothaguda mandal in Mahabubabad district. He was involved in 13 criminal cases under the limits of different police stations. He escaped after firing at the police on July 31 in the forests at Rollagadda and Devalagudem under Gundala mandal in the district.

The SP said following tip-off that the CPI (ML) New Democracy Linganna dalam camped in Gundala to extort money from contractors and traders and instigating tribals against police, the police launched search operations in Rollagadda forests and in the exchange of fire Linganna died and Gopanna escaped.

The SP further said the New Democracy Yellandu town secretary T Nageswar Rao was recently arrested and the police recovered from Rs 6 lakh from him. He had extorted the money from tendu leaves contractors, he said.