CRPF Jawan from Miryalaguda dies in a rail accident 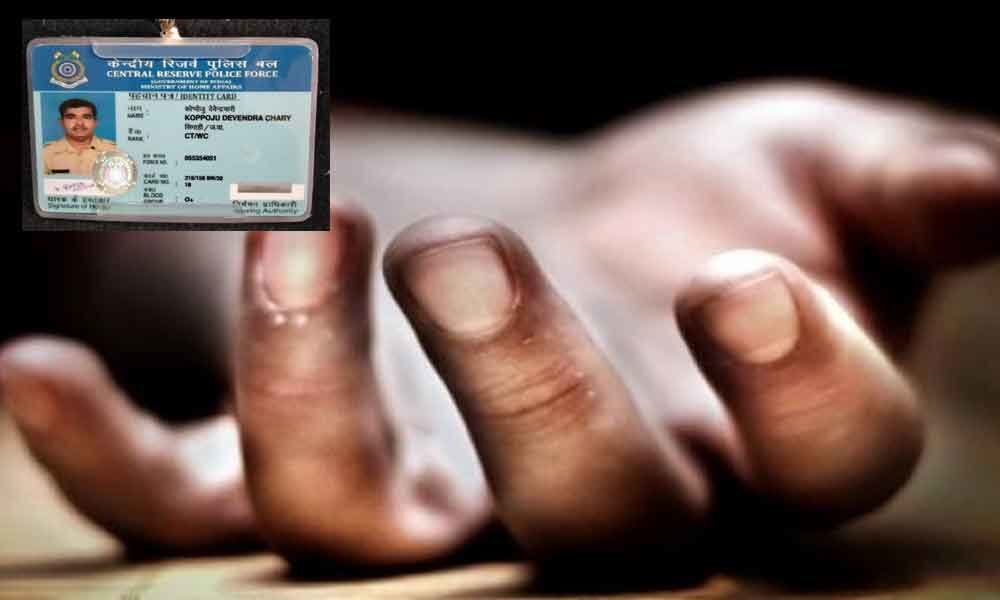 CRPF jawan, native of Nandipadu of Miryalguda Mandal Koppoju Devendra Chary was died in rail accident that took place in Jarkhand state in the early hours of Friday.

CRPF jawan, a native of Nandipadu of Miryalguda Mandal Koppoju Devendra Chary died in rail accident that took place in Jarkhand state in the early hours of Friday.

Chary joined in CRPF 13 years ago and presently working at Chanduva of Tihar district in Jharkhand state.

He fell accidentally from the rail while he along with his colleagues heading towards Jammu and Kashmir as a part of the duty. He was survived with wife and two children.

It came to know that Devendra Chary came to Miryalguda on leave due to health issues, twenty-five days ago and was forced to join in the duty as he got a call from superiors to do duty at Jammu and Kashmir.

Pal of gloom descended over Nandipadu village with the death of Jawan Devendra Chary. As per the sources the body of Devendra chary likely to arrive Nandipadu. by evening