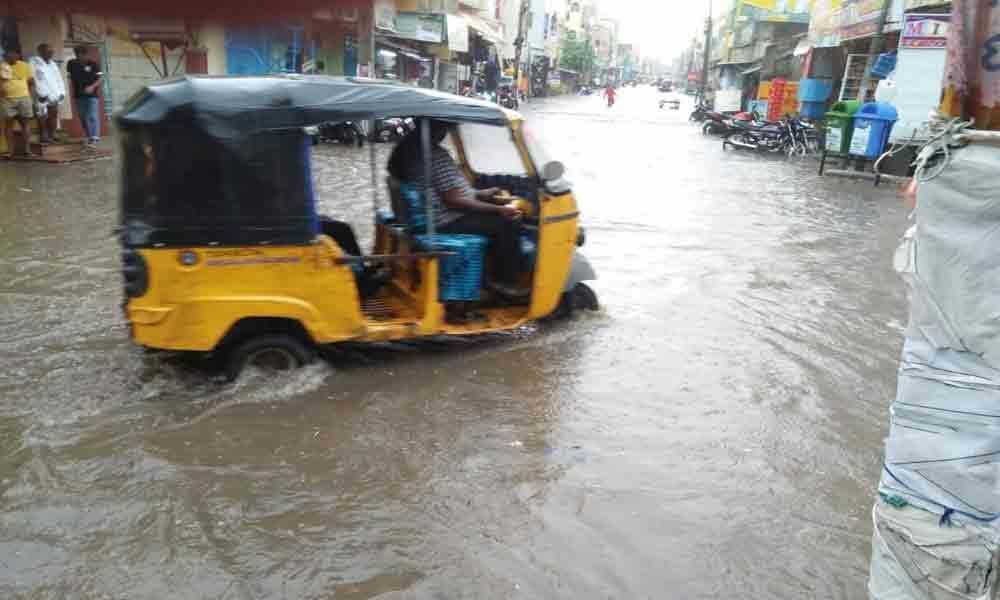 Many parts in erstwhile Khammam received moderate to heavy rain on Friday.

Khammam: Many parts in erstwhile Khammam received moderate to heavy rain on Friday. The district headquarters of Khammam and Kothagudem received heavy rainfall during evening hours. Many low-lying areas and roads were inundated by rainwater leading to disruption of traffic flow in Khammam.

There were sheets of water of the roads. There was also power disruption in the town. Similarly, vehicular traffic was disrupted in Kothagudem railway underbridge on MG road, the main road in the town, was flooded with rainwater. Enkoor in Khammam and Sujathanagar in Kothagudem district also received rain.