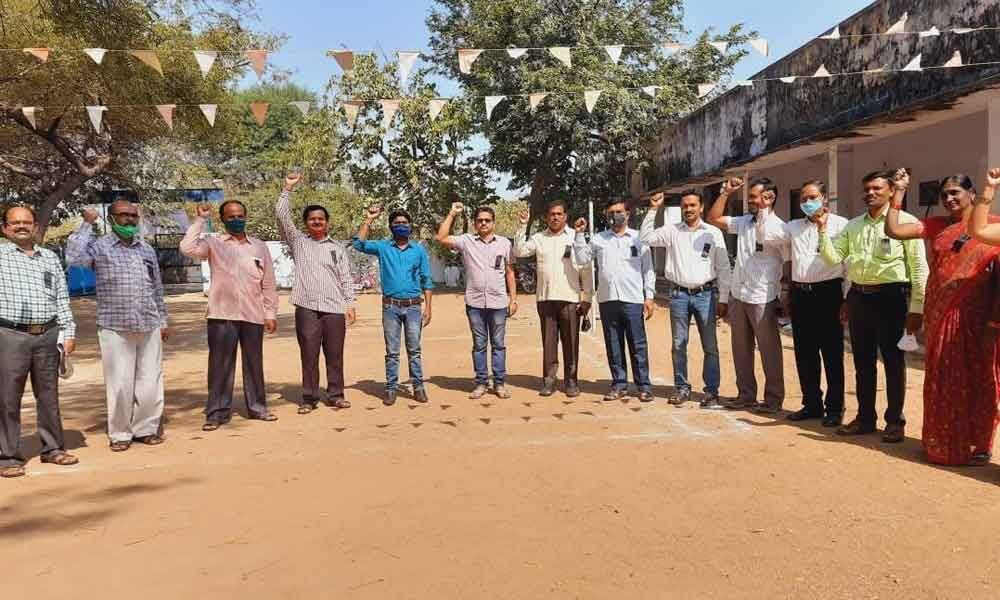 Karimnagar: Teachers, wearing black badges, staged a protest at Veenavanka mandal schools in the district on Friday seeking immediate implementation of PRC and promotion of teachers.

Speaking on the occasion, the protesting leaders said that the government has not implemented the PRC since 2018 and also not carried out promotions for teachers.

They urged the government to declare 45 per cent fitment immediately besides upgradation of posts of PETs and language pandits.

They stated that the agitation would be carried out in phases as per the call given by the state unit. Veenavanka High School headmaster Puli Ashok Reddy and several PRTU (TS) representatives took part in the protest.