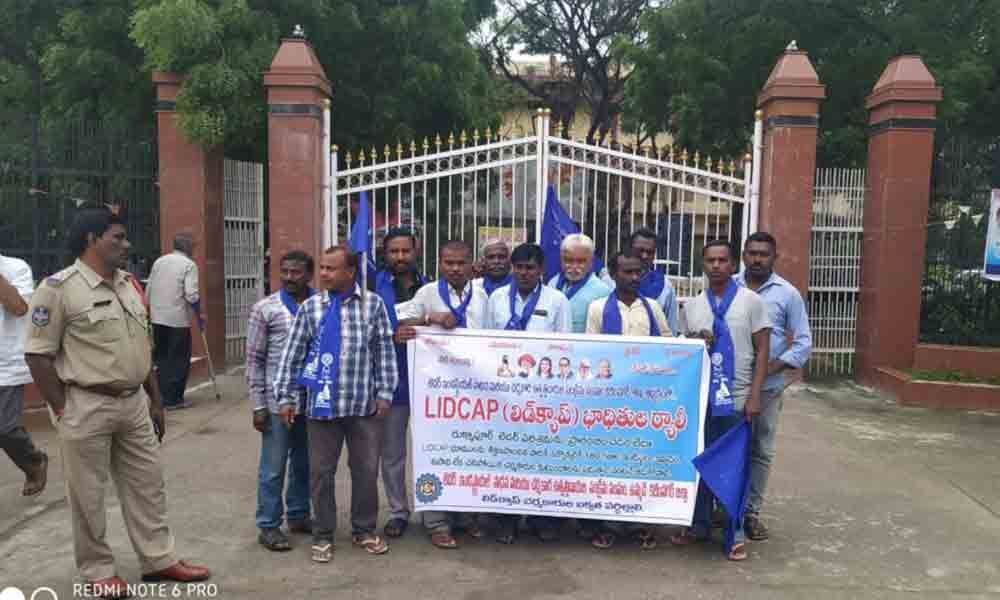 The members of Leather Park Sadhana and Leather Workers Welfare Society demanded the government for employment opportunities to the people, who are dependent on leather industries.

Karimnagar: The members of Leather Park Sadhana and Leather Workers Welfare Society demanded the government for employment opportunities to the people, who are dependent on leather industries. They staged a dharna in front of the Collectorate in Karimnagar on Friday.

Speaking on the occasion, the members informed that the then government in 2002 had sanctioned a leather park to Rukmapur village of Choppadandi mandal and gave training in manufacturing leather goods to about 1,000 members under 'Malupu' scheme.

But in course of time, the government did not establish the leather park in Choppadandi mandal due to which 1,000 people, who underwent training, are unable to do other work for livelihood and their family came on to the road, they alleged. The society members demanded the government either to establish a leather park in Rukmapur village or to allot 180 yards under LIDCAP lands each to all those, who underwent training.

They also demanded provision of employment opportunities to leather workers.The society president P Ramesh, members T Sunder and Arepally Rajesh were present along with others.