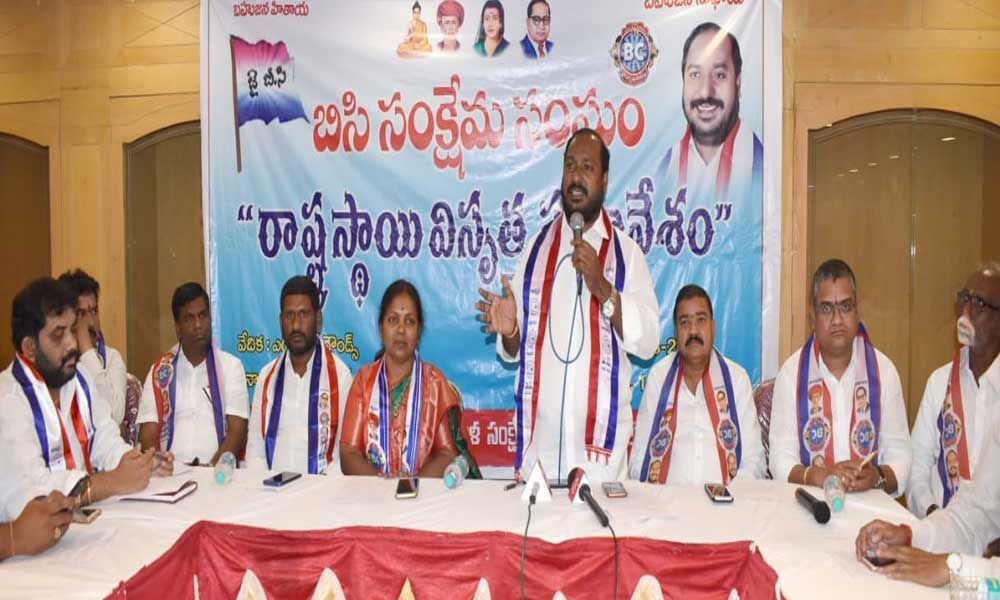 Addressing a broad-based meeting of the association in Exhibition Grounds, here, he alleged that the TRS government was reducing the BC reservations deliberately and with a vengeance to stifle them. He accused KCR of doing injustice to BCs in the Cabinet expansion, claiming that they should have got six posts, besides women, as they formed 56 per cent of the population.

Goud demanded nine seats to BC in the ensuing Lok Sabha elections. He wanted the local body elections to be postponed until the reservations were raised.

The BC leader alleged that injustice was also done to BCs in the allocation of budget, while pointing out that the BC welfare allocation should have been done based on BC population. He wanted a Rs.50,000 crore BC sub-plan.

Goud called upon people's representatives belonging to BC communities to be ready for a struggle to save their self-respect. He warned that a BC 'Atmagourava Ranabheri' with one lakh people would be organised in the first week of May with the objective of securing political power.