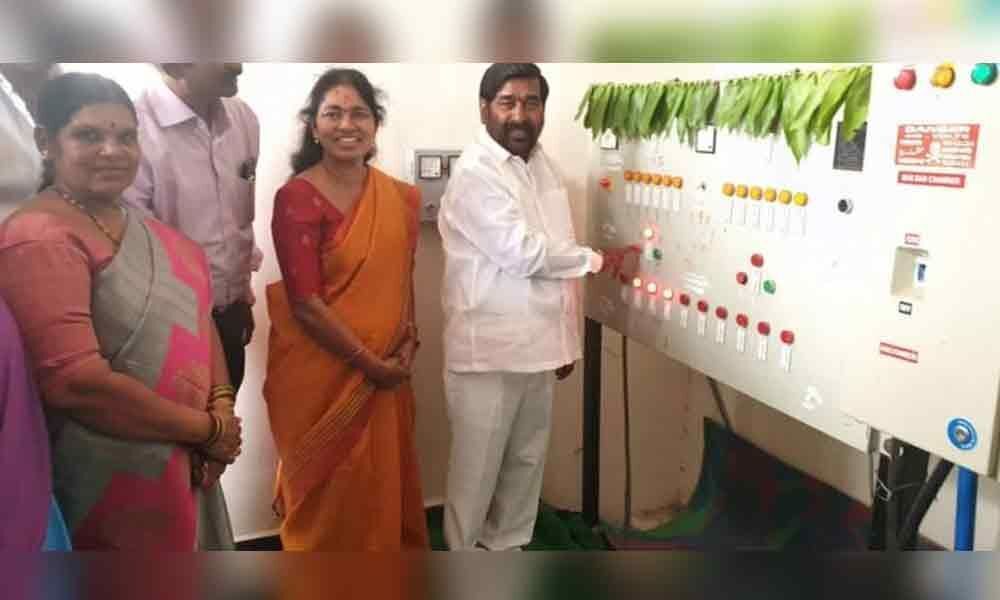 Bhongir: Education Minister G Jagadish Reddy stated that one of the reasons for Telangana agitation was power crisis in Telangana region and now the State has round-the-clock power supply due to the efforts and vision of Chief Minister K Chandrashekar Rao.

On Saturday, along with Aler MLA Gongidi Sunitha, the Minister inaugurated 33/11 KV sub-station with an estimated cost of Rs 22 lakhs at Ramalingalapally of Bommalaramaram mandal in the district.

Speaking on the occasion, Jagadish Reddy said that the CM, with his diplomatic skills with the Chief Ministers of upper stream and lower stream States, has been solving all the issues for constructing irrigation projects in Telangana to utilise Godavari and Krishna waters to make the State more fertile.

Both Bhongir and Aler constituencies will get the benefit through Mallanna Sagar reservoir under Kaleshwaram Lift irrigation Scheme, he said.

The Minister laid foundation stone for the construction of Ambedkar Bhavan with an estimated cost of Rs 25 lakhs at Gundala on the day.

As a part of the tour, he launched party membership drive at Bommalaramaram and Gundala mandals and advised the local leaders and cadre to strengthen the party by propagating welfare and development activities being carried out by the TRS government.