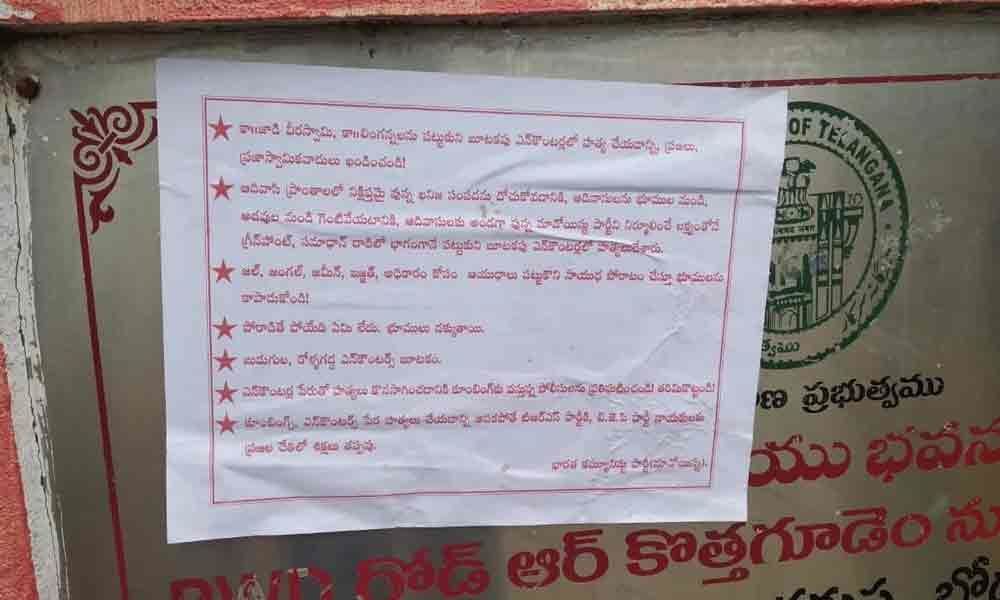 The Maoist posters have surfaced at R Kothagudem village of Cherla mandal in Kothagudem district on Saturday.

Both the deceased Naxals were arrested by the police and killed in fake encounters. They appealed to the public to condemn the fake encounters and oppose police coming into forests and villages for combing operations. If the fake encounters were not stopped the leaders of TRS and BJP would be punished, Maoists warned.

The State and Central governments are trying to displace Adivasis from the forests and eliminate Maoists to exploit the mineral wealth of forests. The public should wage a war against the rulers to protect forests, lands, honour and gain power, Maoists said.