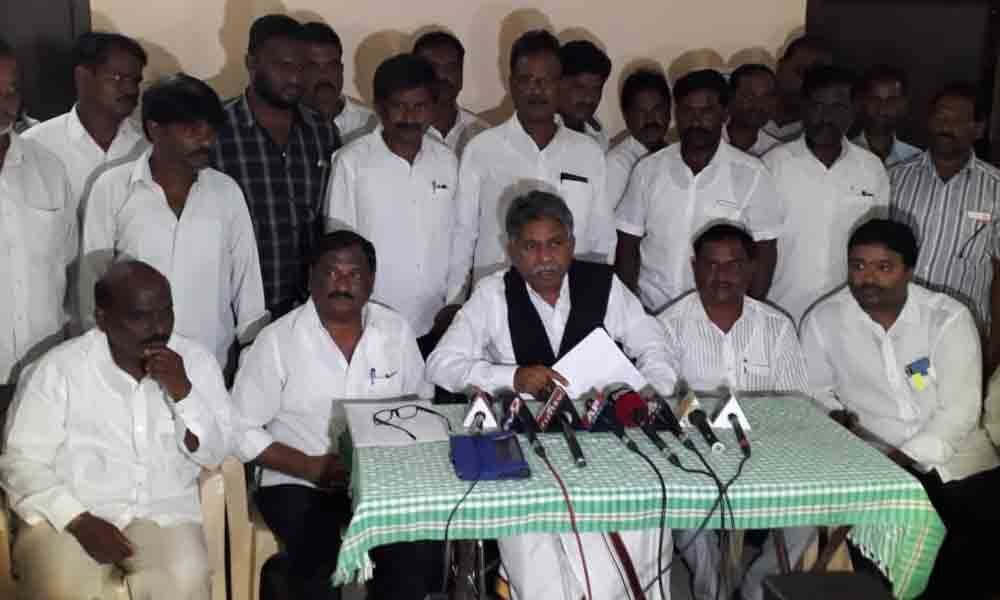 Hanamkonda : While the RSS chief Mohan Bhagwat's remarks on reservations sparked a political row nationwide, MRPS founder-President Manda Krishna Madiga has come in support of the former's view. It may be mentioned here that Bhagwat called for a dialogue between those in favour of reservation and those against it.

"Leaders those benefitting from reservations for the last seven decades have raised voice against Bhagwat," Manda Krishna said, pointing to the SP chief Mayawati and Union Minister Ramdas Athawale.

"What Bhagwat said was right. There was an imminent need for reviewing reservations. It augurs well for several distressed sections. There are several Commissions formed specifically for reviewing the reservations, but none of them have come forward with a suitable solution. We are not blindly supporting Bhagwat's opinion. After verifying his view only, the MRPS strongly believes that review of reservations is nothing but categorisation," Manda Krishna said, speaking to media persons here on Friday. He said that no leader in the country dares to say 'no' to reservations. If at all, there was such an opinion, the Central government wouldn't have introduced 10 per cent quota for poor belonging to forward castes, he added.

Meanwhile, national meet of the MRPS and its subsidiary outfits has commenced in Hanamkonda on Friday. The meet will end on September 15. Manda Krishna said that they have plans to organise a massive dharna with one lakh supporters in Delhi on December 17.