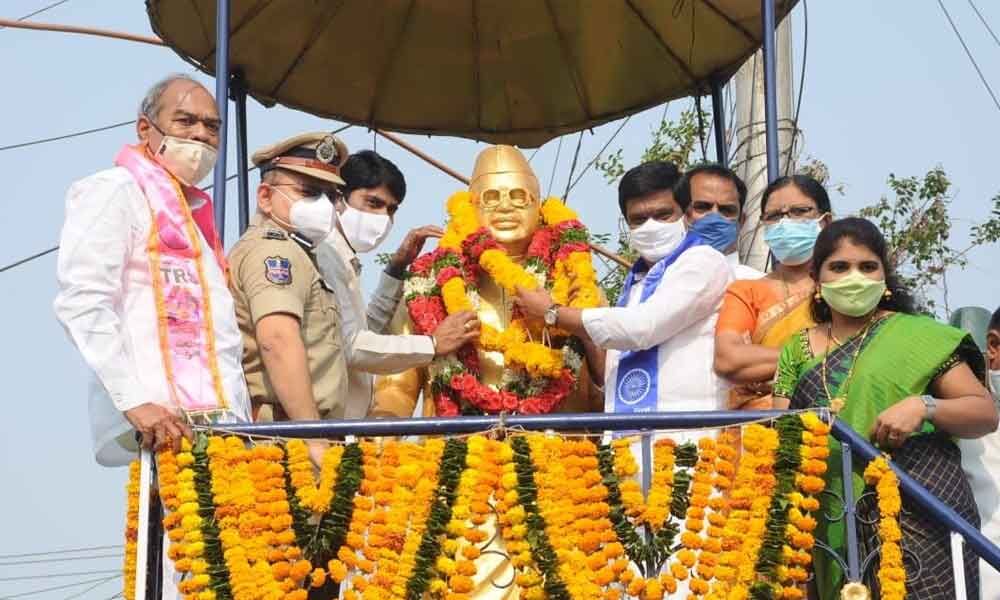 Nizamabad: R&B and Legislative Affairs Minister Vemula Prashanth Reddy said that Babu Jagjivan Ram was the beacon of hope of downtrodden and our...

Nizamabad: R&B and Legislative Affairs Minister Vemula Prashanth Reddy said that Babu Jagjivan Ram was the beacon of hope of downtrodden and our foremost goal is to move forward in line with his aspirations.

Along with officials, public representatives and others, he paid tributes to former Deputy Prime Minister and freedom fighter Babu Jagjivan Ram on his 114th birth anniversary here on Monday.

Addressing the gathering, the Minister said Jagjivan Rao has dedicated his life to attain equality for untouchables in the society. 'Coming from a poor rural family Jagjivan Ram became deputy PM and fought for the establishment of Samasamaj throughout his life.'

Prashanth said Jagjivan Ram had shouldered the responsibility of implementing reservations made for underprivileged sections in the country through the constitution written by Dr BR Ambedkar. Babu Jagjivan Ram had served as a Central Minister for about 35 years and as a MP for five decades.