No services in government hospitals: Bhatti 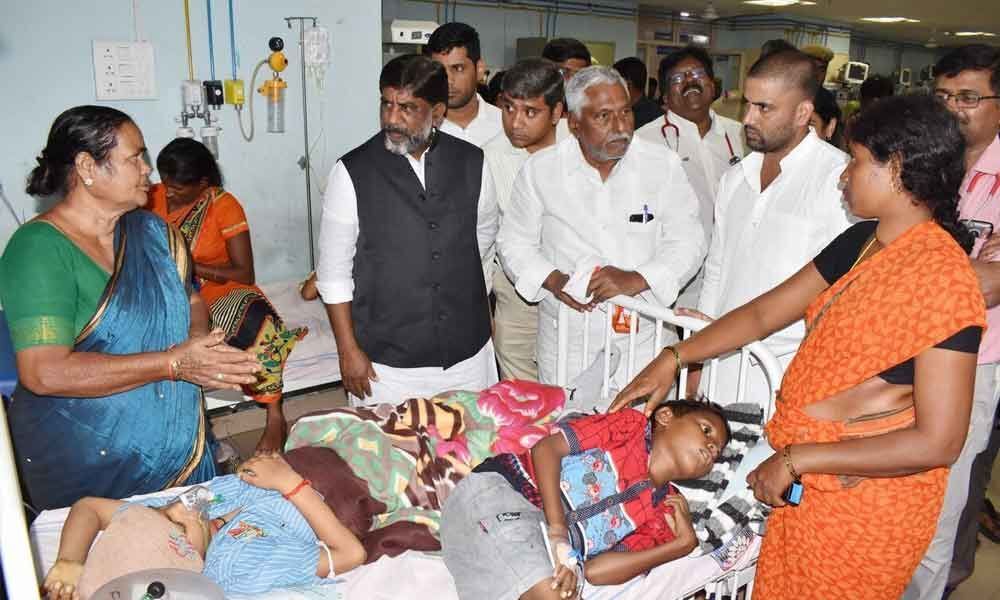 Leader of Congress Legislature Party in Assembly Mallu Bhatti Vikramarka on Saturday said the people were left in lurch due to lack of medical...

Hyderabad: Leader of Congress Legislature Party in Assembly Mallu Bhatti Vikramarka on Saturday said the people were left in lurch due to lack of medical services. He demanded that the Chief Minister come out of the Pragathi Bhavan and ensure that medical services are restored.

He was visiting the Niloufer Hospital along with MLC T Jeevan Reddy to examine the medical services being provided to the people. He spoke to the patients and the officials.

Addressing the media at the Assembly, he said there were no medical services at the hospital. The pregnant women had been waiting for long hours with gynaecologists being conspicuously absent.

He said the 108 service had become defunct. Even in the constituency being represented by TRS working president K T Rama Rao, the conditions of the hospitals are poor.

Though permission had been given six years ago to construct a six-floor building, works did not begin.

The air-conditioners in the ICU were not working. No services are provided in the outpatient unit which witnesses footfalls of about 1,000 every day.