Only active TRS workers will be on committees: MLA Dasari Manohar Reddy 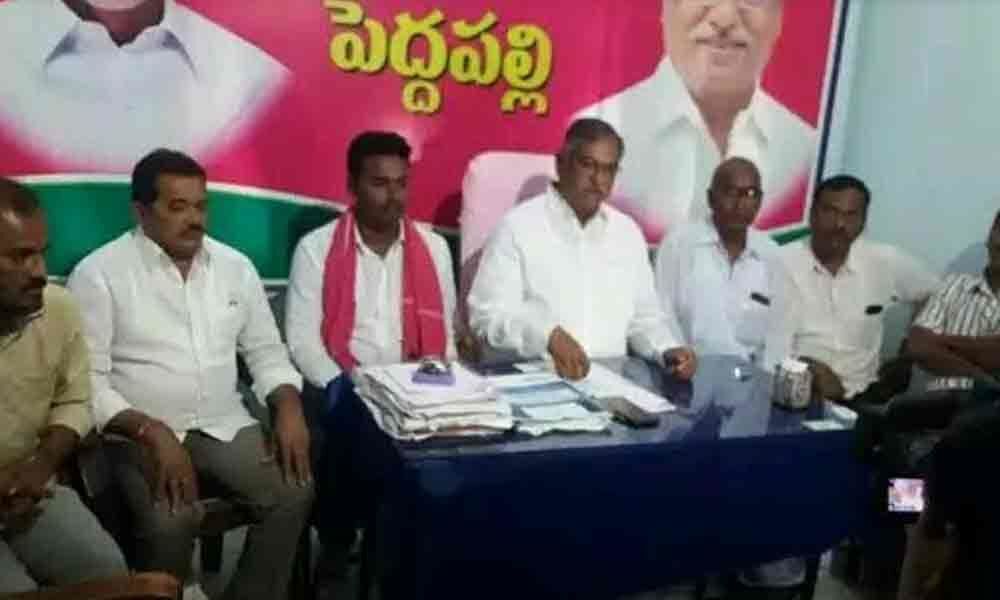 MLA Dasari Manohar Reddy has made it clear to the TRS workers that only those who actively participate in the party activities and expand the party’s...

Peddapalli: MLA Dasari Manohar Reddy has made it clear to the TRS workers that only those who actively participate in the party activities and expand the party's base in the district will get position and post in the orgnisation.

Addressing a press conference at his camp office on Saturday, he said, "to get any position or post in TRS and on the committees which are going to be formed very soon, one should be active member of the party."

MLA Dasari said that the TRS party has received enormous response during the recent membership drive. Large number of people showed interest in joining the party. Still there are some people who want to join the party voluntarily and will be welcomed into the party fold.

Only those people who take active membership will be taken into consideration for committees either at village level or at mandal or district levels which would be formed very soon in the district, he informed.

The members must strive hard for strengthening the party from grass-root levels and then strive to get any recognised post or position in the party. The committees will be formed transparently through the election process.

Pranab Mukherjee confers 'Champions of Change 2019' award to...
Top
We use cookies for analytics, advertising and to improve our site. You agree to our use of cookies by continuing to use our site. To know more, see our Cookie Policy and Cookie Settings.Ok