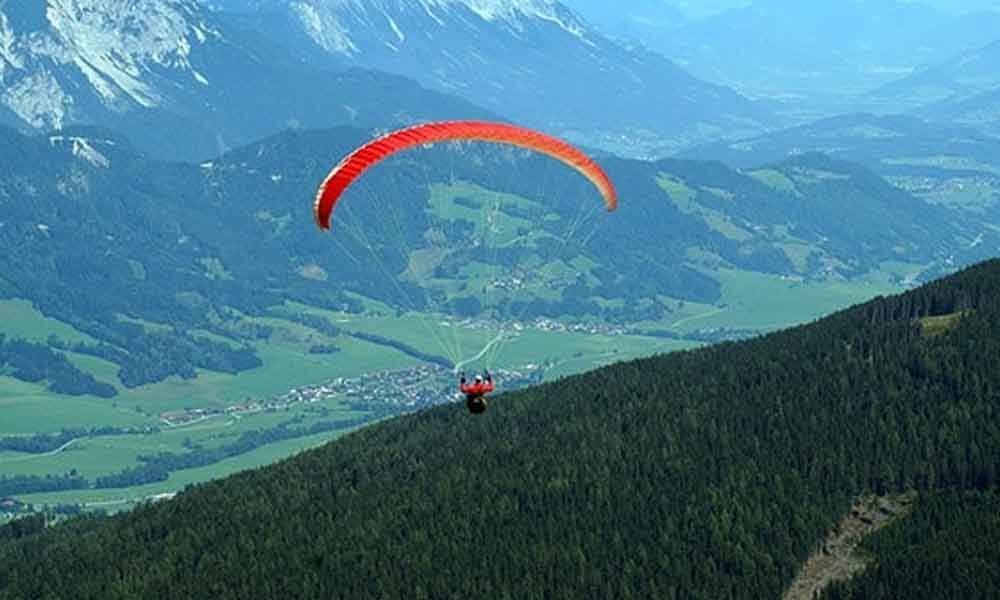 In a tragic incident, a young doctor from Hyderabad died in Kulu, after the parachute he was gliding failed on Saturday afternoon.

Hyderabad: In a tragic incident, a young doctor from Hyderabad died in Kulu, after the parachute he was gliding failed on Saturday afternoon.

Doctor Chandrashekar Reddy, who went for a vacation to Kulu along with three friends on August 7 visited a paragliding centre at Kulu, where the tragedy occurred.

The parachute wires were cut off in-between gliding and as a result Chandrashekar fell on ground and died on the spot due to heavy injuries.

According to the sources, Chandrashekar is a native of Kothapalli village in Nandyal town in Kurnool district. He has been staying with his family in Mohan Nagar of Nagole area, Hyderabad in a rented apartment.

He is working as a physiotherapist at Srikara Hospital at ECIL. On Wednesday night, Chandrashekar and his friends, including his house owner's son Vishal, went to Kulu-Manali on a four-day holiday trip.

There the trio as part of their trip visited a paragliding centre and Chandrashekar along with a paragliding pilot started flying in the air.

All of a sudden wires were cut off and they fell on the ground. Immediately his friends and locals rushed them to a nearby hospital, where doctors examined and declared Chandrashekar was brought dead, while the pilot sustained leg fracture and other injuries.