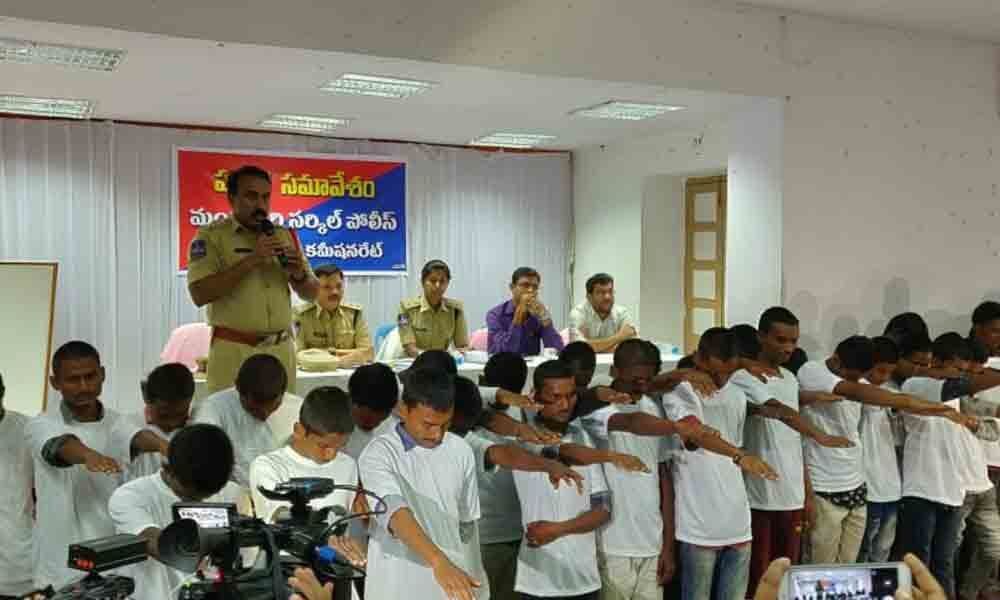 The police have detained 10 smugglers and seized 4.5 kilos of banned ganja in two different cases on Friday.

Mancherial: The police have detained 10 smugglers and seized 4.5 kilos of banned ganja in two different cases on Friday. They gave counselling to 39 youth, who were addicted to ganja, before their parents at Singareni guest house in Mandamarri town of Mancherial district. Deputy Commissioner of Police Rakshitha K Murthy was present.

Acting on a tip off, Mandamarri and Ramakrishnapur police arrested 10 ganja peddlers in two different cases.

In the second case, Ramakrishanpur police had arrested six persons for selling ganja at Shivaji Nagar area and seized 2.5 kg ganja from them. The arrested were identified as Erugula Nagaraju, Brahmanapalli Rakesh and Mandal Vinay, all residents of Ramakrishanpur, were addicted to ganja and purchased it from Tarun Sarkar, Khaleem and Ashok.