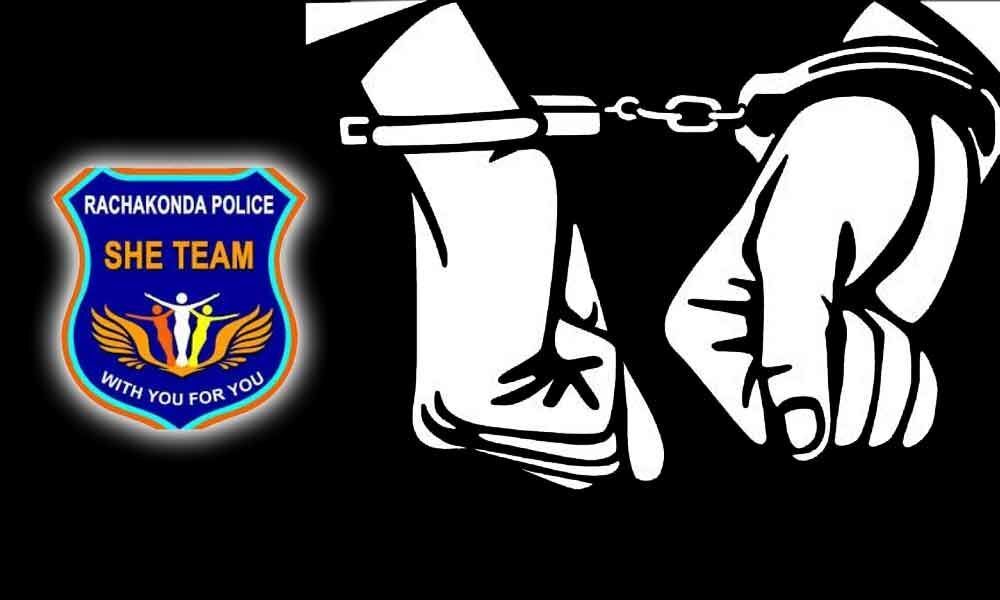 Rachakonda SHE teams during the last five weeks arrested 45 persons, eight of them minor, on charge of eve-teasing.

Hyderabad: Rachakonda SHE teams during the last five weeks arrested 45 persons, eight of them minor, on charge of eve-teasing.

In all, the SHE teams booked 58 cases, of them first information report (FIR) was registered in 16 cases, 27 were treated as petty cases and counselling was conducted in five cases, according to police.

The police said all eve-teasers, who were booked, attended the counselling session at Rachakonda Police Commissioner's camp office at LB Nagar.

They attended the session with their family members. Professional counsellors from Bhumika Women's Collective, an NGO, conducted counselling. Juveniles in the conflict were counselled by psychiatrist, Dr Vasavi.

SHE teams also conducted decoy operations and arrested eve-teasers. They rescued 13 children from a bangle factory on August 8 under Balapur police station limits, the police said.