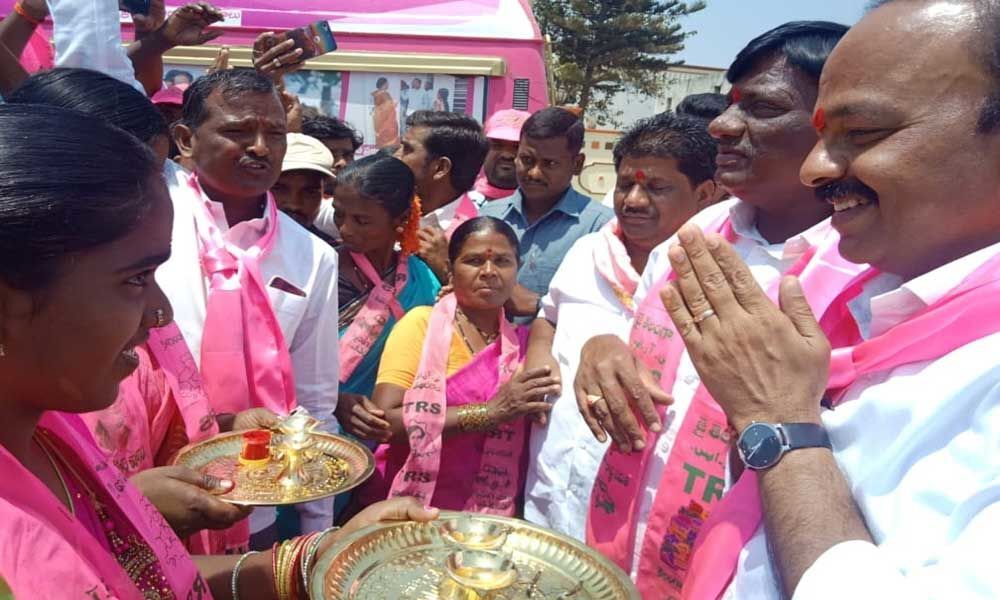 Chevella TRS Lok Sabha candidate G Ranjith Reddy appealed to people to ensure his victory for the development of the constituency.

Parigi: Chevella TRS Lok Sabha candidate G Ranjith Reddy appealed to people to ensure his victory for the development of the constituency. He participated in election rally passed through various villages in Pudur mandal. Ranjith assured to resolve issues of the constituency if voted to the seat. He said that the party would bag 16 seats in Telangana.

Ranjith criticised former MP Konda Vishweshwer Reddy for failing to resolve the issues and sought people's cooperation to emerge victorious and raise issues in Lok Sabha on behalf of the people. Later, he took out a campaign in Chengomul and Kankal on a bullock cart.

Seetha said that CM KCR has been implementing many welfare schemes for the benefit of all sections. She appealed to voters to ensure the victory of Ranjith Reddy.