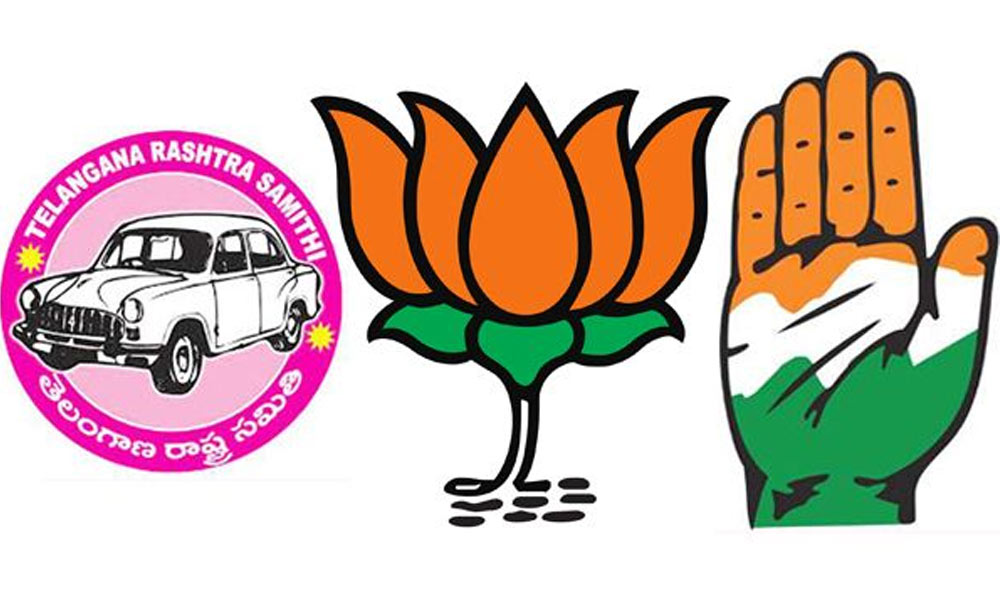 Hyderabad: Sweltering temperatures are playing a spoilsport for the main political parties TRS, BJP and Congress who are struggling to intensify their campaign for the Nagarjuna sagar bypoll. As the bypoll is just 10 days away, no party is willing to take up big rallies and public meetings. Instead, the local leadership is preferring to conduct village-level rallies and door-to-door campaign.

Leaders said that Congress and BJP planned to hold huge rallies by inviting senior leaders from Telangana and also national leaders. However, the local leadership explained the party high command the hurdles they have been facing to hold small rallies in villages as people are unwilling to take part in the party programmes in view of scorching heat in the constituency for the last one week.

The senior leaders, above 60 of years age, had already informed the party heads that they would not participate in the rallies in the afternoon and early evenings as majority of them were suffering from ailments. "Congress invited many senior leaders to take part in the big rallies. Most of them skipped on account of heat wave condition prevailing in many parts of the Assembly segment."

Congress candidate K Jana Reddy, who is above 70 years, stopped participating in rallies in the afternoon and entrusted the job to his son Raghuveer Reddy. Similarly, TRS candidate Nomula Bhagat and BJP contestant Ravi Kumar Naik (both young) have been aggressive in the poll campaign. However, the senior leaders of the two parties are skipping the meetings on health grounds. The parties are chalking out plan of action to reach out to many voters in the hot summers in consultation with the party in-charges one week before the election.