TRS gets into civic poll groove 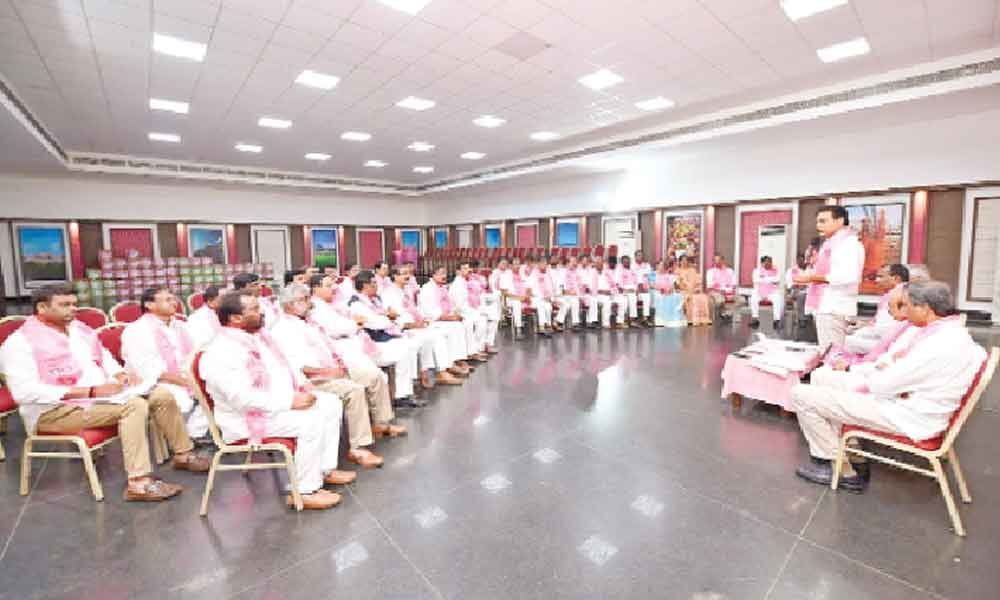 Hyderabad: Telangana Rashtra Samithi (TRS) working president KT Rama Rao has summoned all the general secretaries and incharges of the party for a meeting on Friday to discuss the civic polls preparations.

The party working president on Tuesday held another meeting with the MLAs, and other leaders of Rangareddy and Hyderabad district leaders.

KTR asked the party workers to give their suggestions on what the party needs to do for ensuring victory in the civic polls. He exuded confidence that the party would win all the municipalities in erstwhile Rangareddy and Hyderabad districts.

There are ten municipalities in Medchal Assembly constituency and in these places, the leaders should appoint incharges and coordinate between themselves for the elections, said KTR.

Apart from these, in districts where there are no elections, the MLAs of these constituencies would be appointed as incharges wherever there are elections.

KTR said that Chief Minister and party president K Chandrashekar Rao would soon appoint the party MPs, MLAs, corporation chairpersons as incharges for the municipalities within a day or two.

Rama Rao called the general secretaries and incharges to get feedback from them on the chances of the opposition parties.

Talking to party leaders of Rangareddy and Hyderabad, KTR asked them to complete the formation of booth- level committees after the completion of the membership drive.

He also suggested them to appoint social media coordinators in every municipal division. He said, "The digital army would work to take the government schemes to the people.

There has been impact of social media in every election and every MLA should keep this in mind. The MLAs should take the government works to the people through social media."