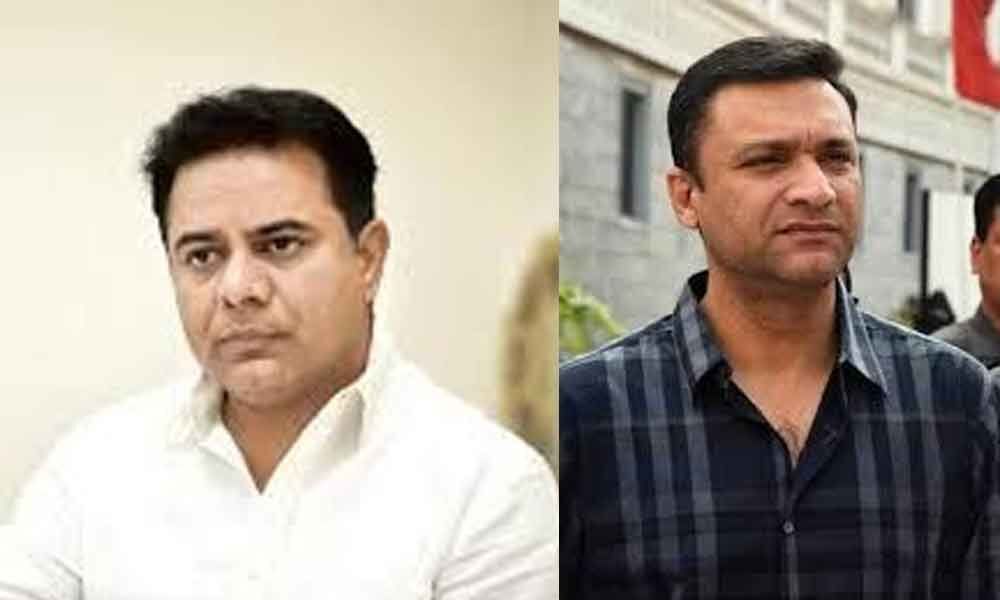 The meeting of Akbaruddin Owaisi and KTR attains significance since the municipal elections are due in the State. According to sources, meeting of both the leaders lasted for over an hour at Pragathi Bhavan on Tuesday. Both leaders are said to have discussed on the growing influence of BJP in the State.

TRS leaders are of the opinion that the BJP is gaining strength in the State especially after the decimation of Telugu Desam and weakening of the Congress party. The party leaders expect that BJP may repeat the performance of Lok Sabha elections where it won four seats.

A section of TRS leaders believe that the BJP cadre would be on a high after the Centre passed the Jammu and Kashmir Reorganisation Bill in Parliament.

A senior TRS leader said that the BJP benefitted in Lok Sabha after the Balakot strikes and abrogation of Article 370 is also likely to benefit BJP. The leaders also believed that the membership drive of BJP is going on very well in the district and the party leaders feel that there would be impact of the saffron party in municipal elections.

The party leaders said that since both TRS and MIM do not want BJP to take advantage, there are chances that they would support each other.

Recently in a meeting in Karimnagar, Akbaruddin Owaisi had said, "Earlier there used to be a deputy mayor in Karimnagar. We did not mind but the BJP has won in Karimnagar, which should not have happened."