TRS to fire on all cylinders against BJP 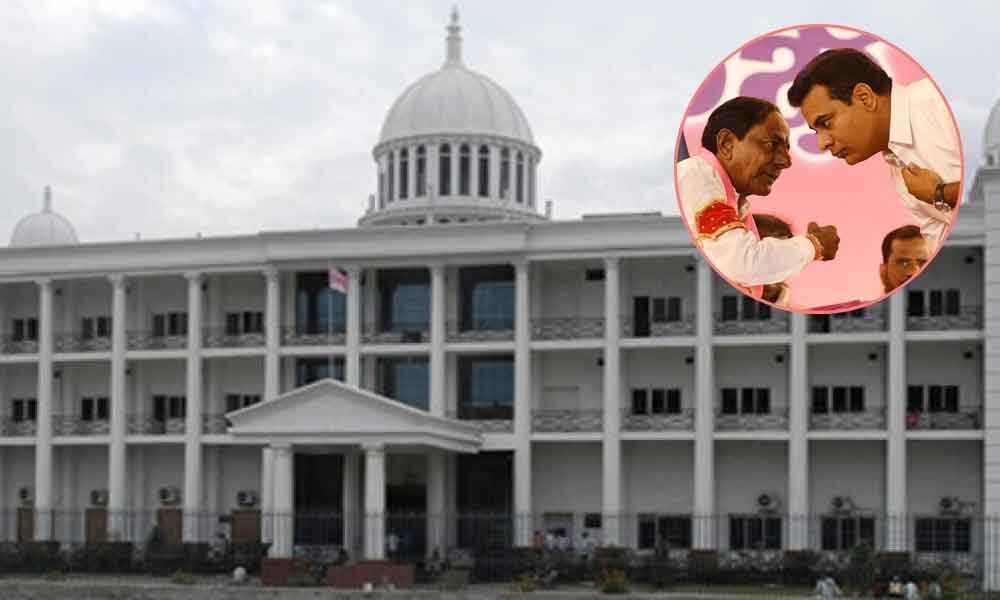 Hyderabad: The TRS leadership now has decided to go aggressive against the BJP. The TRS leaders will not only target BJP's policies but also cite the Centre's lack of support for the State.

The ruling TRS had confined itself to attacking the Congress till the Assembly elections. But the situation underwent change during the campaign for Lok Sabha elections.

After the changed scenario following the scrapping of Article 370 and 35A, the TRS has now shifted its focus to the saffron party. The TRS working president K T Rama Rao, at Telangana Vikas Samithi meeting in the city, targeted the BJP.

KTR at the programme regretted that all those who opposed the BJP were being branded as anti-national. He recalled how he was targeted for criticising BJP MP Pragya Singh who praised Nathuram Godse.

According to party sources, the TRS chief K Chandrashekar Rao directed the party leaders to counter the BJP criticism. Leaders said the party would continue to target the BJP by exposing the Centre's 'step-motherly attitude' towards Telangana State.

The campaign against BJP is likely to become strident once the schedule for municipal elections are announced, "The BJP is trying to gain strength in the State as the Congress showing the signs of weakness.

We will expose the BJP for injustice towards Telangana State by bringing out their failures like not providing adequate funds in Union budget for Telangana State," said a TRS leader.

He pointed out that though the NITI Aayog recommended funding for project like Mission Bhagiratha, the Centre had not given a single rupee. The State government has been demanding national project status for Kaleshwaram.