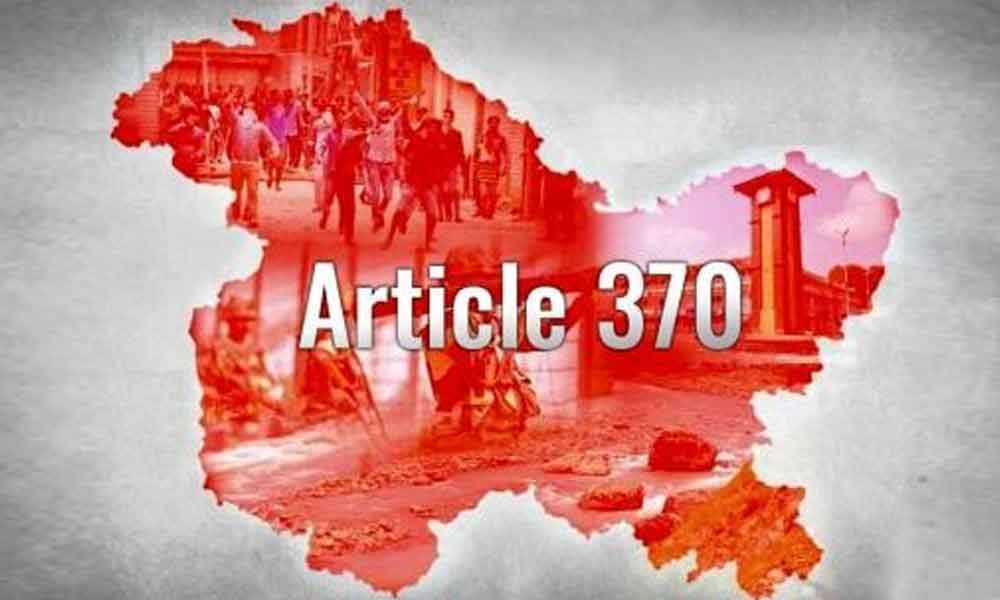 The BJP got absolute support from majority of the political parties in South India. This includes, the YSRCP, TDP, TRS and AIADMK.

Amaravati/ Hyderabad: The BJP got absolute support from majority of the political parties in South India. This includes, the YSRCP, TDP, TRS and AIADMK.

Interestingly, both the ruling party and the main opposition in Andhra Pradesh supported the bill to scrap Article 370.

YSRCP parliamentary party leader V Vijayasai Reddy hailed the scrapping of Article 370 and termed it as a "courageous and daring" step by Amit Shah.

"My party and leader Jagan Mohan Reddy wholeheartedly supports the move of the Home Minister and the Prime Minister," he said and hoped that this would completely solve problem of Jammu and Kashmir

The YSRCP leader hoped that the move would strengthen sovereignty of the country, bring peace, tranquillity and help development of Jammu & Kashmir on par with other states.

He trained guns on Congress and former Prime Minister Jawaharlal Nehru blaming their "blunders" for the Kashmir issue remaining unresolved for several decades.

"Telugu Desam Party supports the Union Govt as it seeks to repeal Article 370. I pray for the peace and prosperity of the people of J&K," tweeted TDP chief and former Andhra Pradesh chief minister N Chandrababu Naidu.

He hoped that the Centre's move would relieve people of the border state from tension and insecurity and facilitate their development.

The TRS also supported the bill. Former MP K Kavitha tweeted, "In this moment of monumental change being made with the respect to reorganisation of Jammu and Kashmir and Article 370, my prayers are with the people of J&K.

Hope they will be safe and soon peace will prevail over Kashmir." Hyderabad MP and AIMIM chief Asaduddin Owaisi opposing the Centre's move has given Adjournment Motion Notice in Lok Sabha over Kashmir issue.