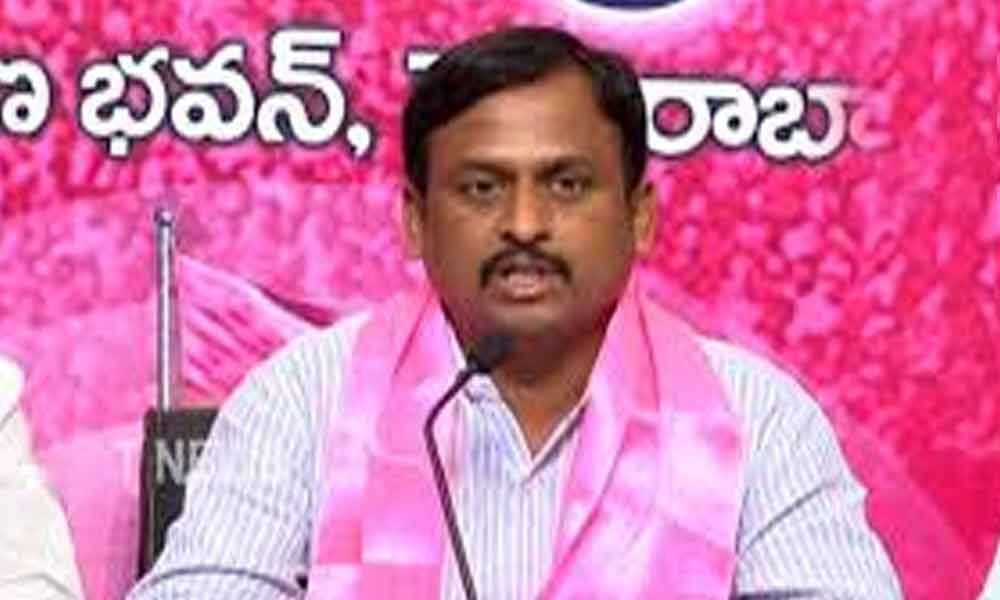 Addressing a press conference here, TRSV leader said that it was unfortunate that Karimnagar BJP MP Bandi Sanjay was talking irresponsibly. "He is saying Ministers of the Chief Minister cabinet are Telangana traitors.

It seems BJP leaders are not happy with the formation of Telangana hence Prime Minister Narendra Modi in the past made comments like Congress killed mother to save a child," Srinivas Yadav said.

The TRS student wing leader said when Telangana society wanted the MLAs to resign during the Telangana agitation, all the TRS MLAs resigned but the then BJP president ran away to America without resigning.

He also said the TRS activists visited door to door campaigning for BJP's E Lakshminarayana in Nizamabad but Bandi Sanjay did not even cross Karimnagar. "If Sanjay has commitment, he should raise the issues like Railway Coach factory in Warangal, Steel Factory in Bayyaram, Turmeric Board in Nizamabad in Parliament," the TRS leader said.

Yadav said people of Nizamabad ensured victory of Dharmapuri Arvind after Union Minister Rajnath Singh assured to setup Turmeric Board in the district.

It has been three months since Arvind got elected but there is no word on Turmeric Board, he said. The BJP leaders are under the illusion that they have strong support in Telangana after winning four Lok Sabha seats, he said.