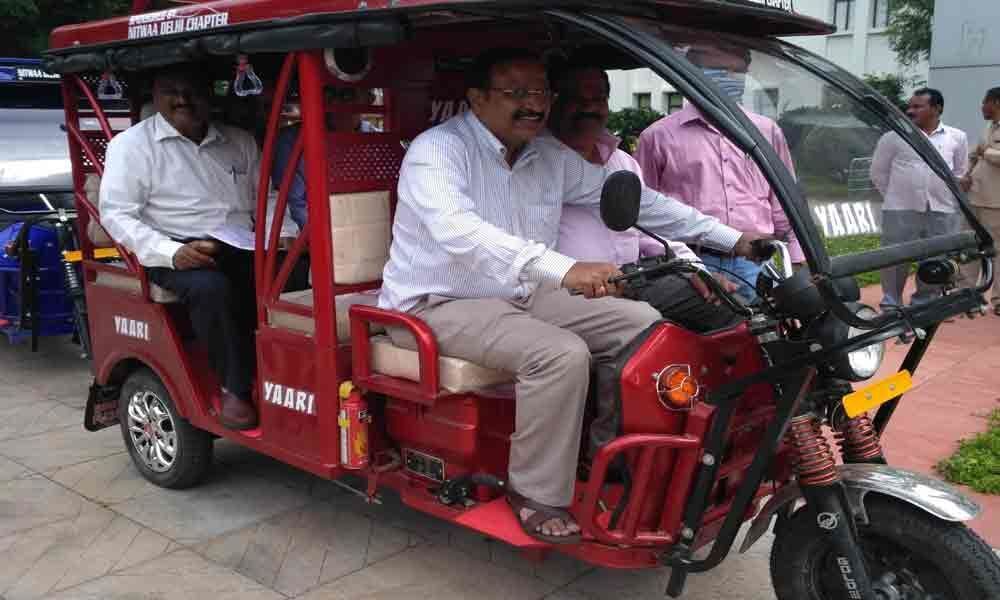 The NIT Warangal Alumni Association of Delhi chapter donated four battery-operated e-autos, each costing around Rs 1.5 lakh, to the institution here on Saturday.

The e-auto with a seating capacity of four + driver can run 80 kms on an each recharge. Aravind Jauhari said he is very happy to donate the vehicles to their alma matter during the diamond jubilee year.

The alumni would take more such initiatives in near future. The e-vehicles would be used for the mobility of students, staff and visitors of NIT on the campus. They would also be useful to the physically challenged as well.

Prof N V Ramana Rao said that NIT Warangal was taking every measure for the conservation of environment. He said that they have been trying to make the campus pollution free and plastic free. The recent initiative of creating miyawaki forest on the campus was completed.

For last four weeks, every week one department was taking part in the plantation and achieved the target of planting 3,000 saplings in two acres land. It was targeted to create more than 45 per cent green cover on the campus.