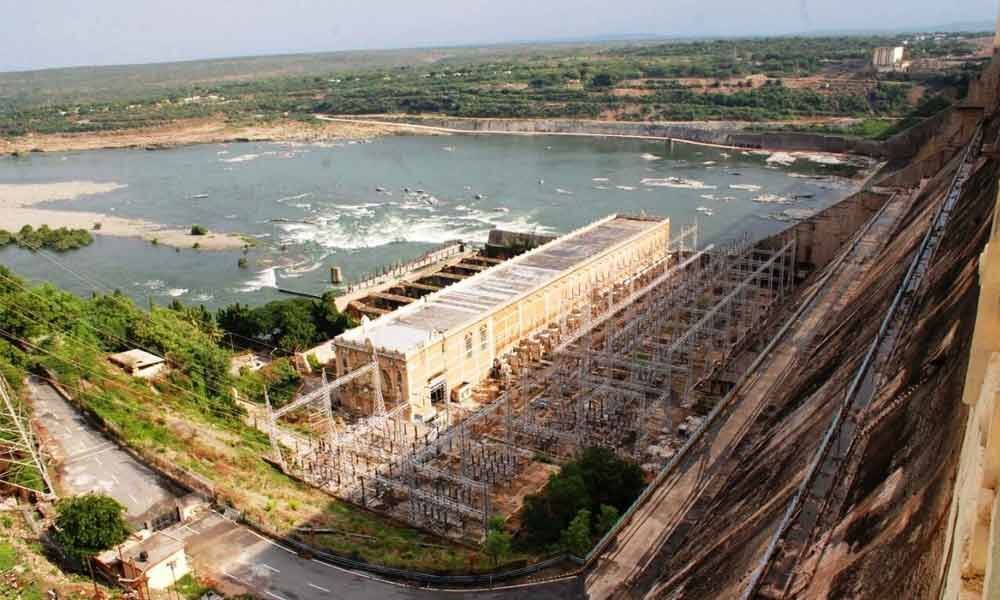 Hyderabad: As the main reservoirs of the state are brimming with water, the power generation utility TS Genco is hoping to cross the four-year record of hydel power generation.

The officials said that in this financial year they may cross the previous four years generation record of 3,128 MU. The Genco has generated 3,128 MU of power in 2014-15 with plenty of water in the reservoirs in that year.

Copious rains this month have given them a lot of hope on using the hydel power generating units to the maximum capacity till for the next few days and to continue generation till summer of next year. Already they have generated about 400 MU in this month.

The main multipurpose reservoirs, Srisailam and Nagarjunasagar have received heavy inflow in the past 15 days. The flood was about 8 lakh cusecs per day for nearly a week.

The flood now has receded, and the Irrigation officials have stopped release of water into the sea and impounding the reservoirs.

Director of Hydel Power of Genco Ch Venkata Rajam told The Hans India that the hydel power generation was much hopeful this year. Due to heavy flood, about 35 to 45 MUs of power has been generated at Nagarjunasagar and Srisailam in the past 15 days.

Venkata Rajam said that from now onwards the power at hydel stations would be generated in the peak hours every day and at the time of contingencies like outage of thermal power units. He said that power would also be generated if the water is released to Krishna Delta.

The power consumption in the state is about 210 MU per day in the past few days and hydel stations have provided about 40 MUs or about one 20 per cent. The Genco has been providing about 107 MUs per day with the help of its thermal and hydel power generation stations.

This has reduced the burden on the power distribution companies in terms of buying the power. Due to lack of enough rains, the power generation at the hydel stations has taken a beating in the past four years.

The power utilities have to depend heavily on thermal stations and purchase heavily from the power exchange.