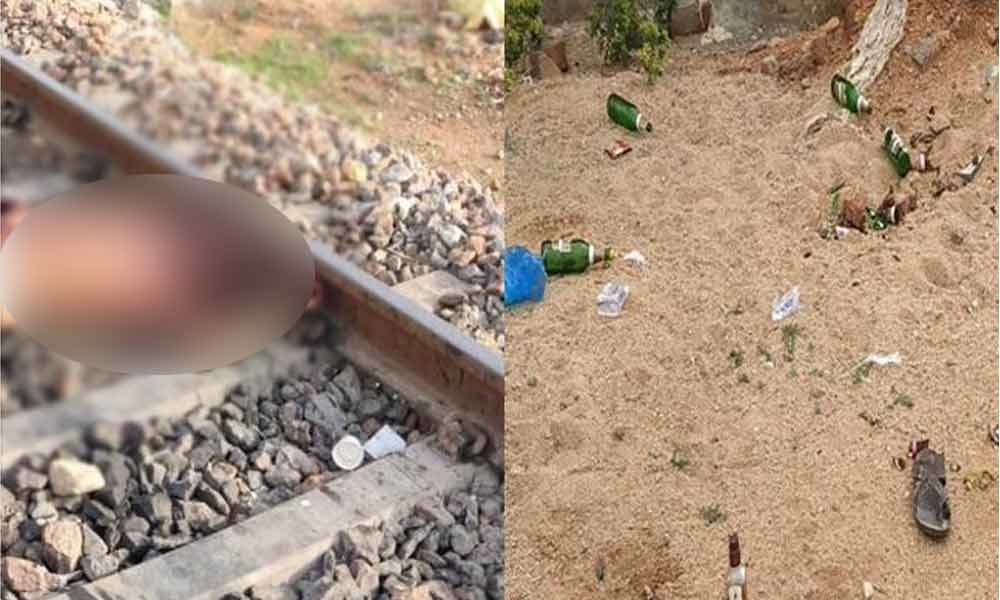 A 35-year-old man brutally killed in YS Nagar of Kurnool district. The man was identified as Khaja had left his wife Mairoon and children 12 years ago and moved to Katarukonda village of Krishnagiri mandal where he developed an extra marital affair with a woman.

The couple was in a live-in relationship and was staying in a rented flat.

On Thursday morning, Khaja found dead on a railway track. According to the police, the miscreants hit Khaja with beer bottles and stones and threw away him on a railway track in a bid to pretend it as a suicide. On the other hand, the woman is said to be missing for three days.

The clues team collected the fingerprints on the bottles and began an investigation.