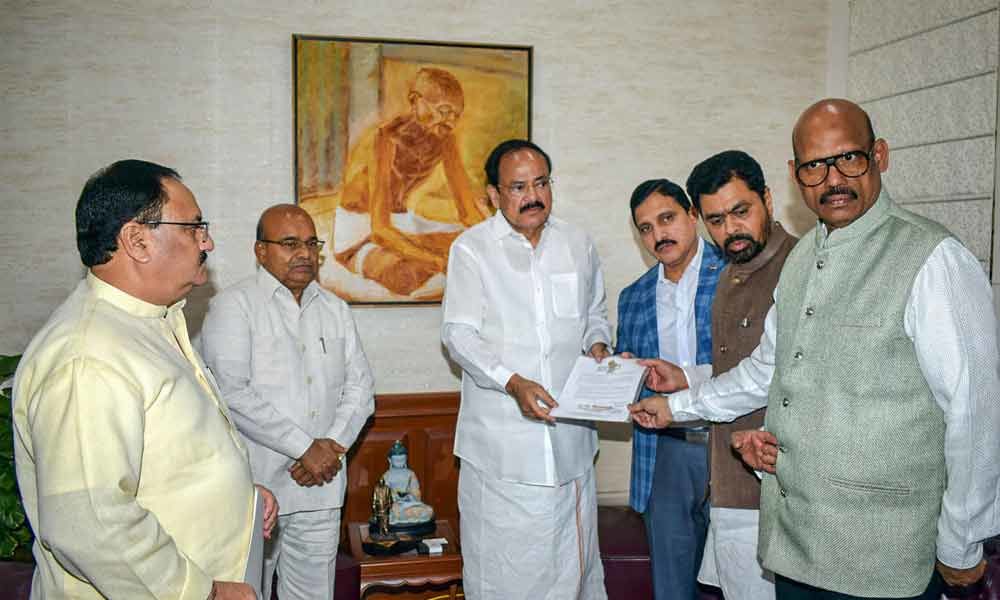 Vijayawada: Former Chief Minister and TDP national president N Chandrababu Naidu directed the party leaders to fight against the anti-democratic policies of the BJP and the YSR Congress.

Participating in a teleconference with party leaders from Europe on Friday evening, he asked the MLAs, the MLCs and senior leaders of the party to explain to people about ongoing political developments and create confidence among the cadres by extending support.

Stating that the TDP had faced crises several times in the past, he reminded them as to how it gained public support later. The TDP supremo has also discussed with the party leaders on the issues like the inauguration of Kaleswaram project; Chief Minister Y S Jagan Mohan Reddy's presence at the function; the merger of TDP Rajya Sabha MPs in the BJP and the Praja Vedika issue.

He said that the TDP never adopted anti-democratic policies. The MPs changing party issue would be challenged legally according to Anti-Defection Law, he said.

MLA N Ramanaidu explained the details of the teleconference to the media on Friday night. He said that the BJP leaders were encouraging the defections from the TDP and they would fight legally until the four MPs were disqualified.

MLC P Ashok Babu said that the State government forcibly took the possession of Praja Vedika which was under the control of former Chief Minister N Chandrababu Naidu.

Former Minister P Pulla Rao said that he would not join the BJP. He said that some of them were intentionally creating rumours against him and there is no need to react every day on this. Several senior leaders participated in the teleconference.